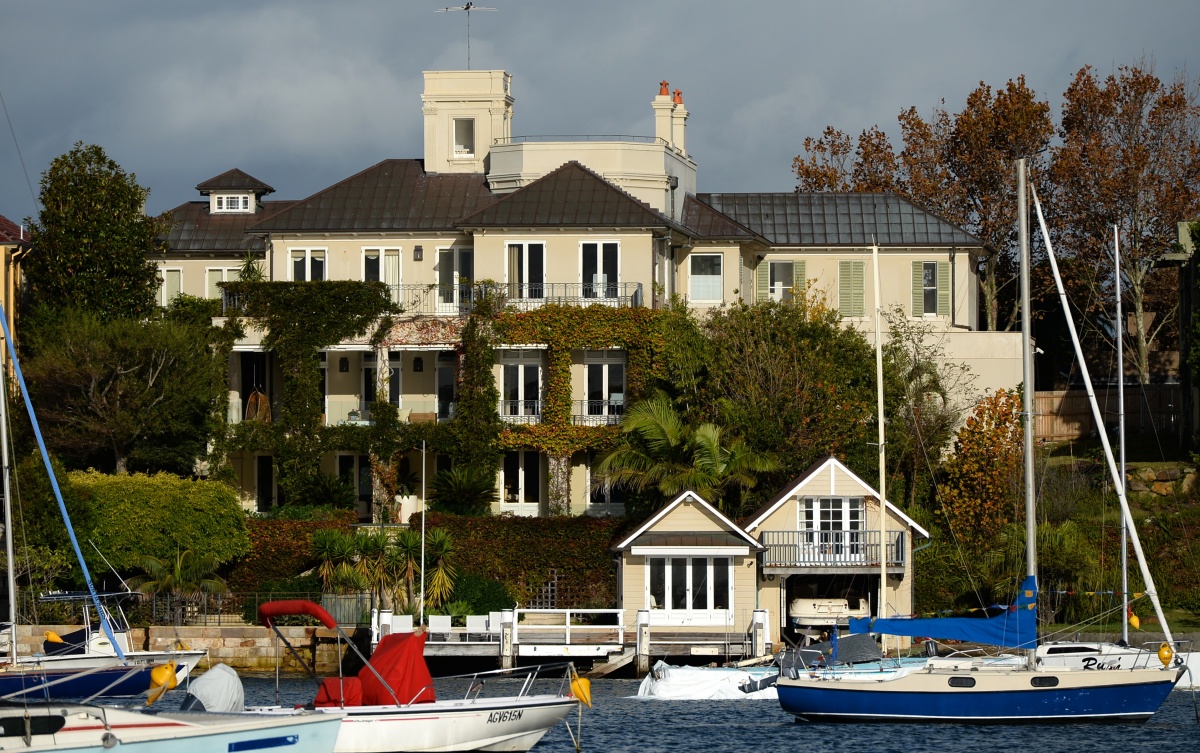 “Real estate is recognised internationally as one of the means by which people will launder money, yet we ourselves have not covered the field as yet,” Mr Schmidt said.

In his last sit-down interview as Treasurer, Joe Hockey agreed Australia’s safeguards against the global flow of dirty money should be strengthened.

“Currently they are not appropriately covered by the anti-money laundering legislation, but it obviously needs to take place,” Mr Hockey said.

Despite highly credible warnings that large volumes of illicit money leaving China were being laundered in Australia, a Four Corners investigation found no Australian agency was charged with identifying the true source of foreign funds being invested into the economy.

Until recently, Australia’s principal authority responsible for the monitoring of offshore funds coming into the country – the Foreign Investment Review Board (FIRB) – deemed the issue of dirty money to be outside its scope of responsibility.

Two former board members have confirmed to Four Corners that concerns about offshore corruption were rarely discussed.

That is despite $US1.25 trillion ($1.7 trillion) worth of corrupt and criminal proceeds from China estimated to have been spent around the world in the decade to 2012.

One former FIRB director – who asked to remain anonymous – said the organisation held “no concerns about corruption”.

“We have to take into account the way they [Chinese investors] operate. Largely it is the one shareholder and at the top, it is the Chinese government,” he said.

“It is a different form of corporate governance.”

Another former board member, Chris Miles, told Four Corners FIRB did not concern itself with identifying the true source of funds from offshore.

“Where the money came from is somebody else’s responsibility,” he said.

Governments fail to ask questions as the money flows in

The problem lies with the fact no federal authority – including AUSTRAC – has checked the source of funds used to invest in Australia from China, unless there were obvious concerns about drug trafficking or other serious crimes.

Mr Schmidt said Australian law enforcement authorities did not have the resources to filter the billions flowing in from China.

“It is not meant to be a fishing expedition,” he said.

“To some degree if there has been criminality going on in the country which has generated the funds, the onus is on the country in which that has been happening to alert Australian authorities.”

But head of Washington DC-based Global Financial Integrity Raymond Baker said many governments did not want to ask the questions and simply wanted the money to flow in.

“You do that and you expose yourself to a great many risks, not only in your own country, but you’re also damaging the countries out of which that money is coming,” Mr Baker said.

One of Australia’s most senior law-enforcement officers – who spoke on the condition he was not identified – said he was aghast FIRB did not take a proactive approach to the risk corrupt funds could be invested in Australia.

“I would be appalled if that was not one of the factors [they have to consider],” he said.

“They should lose their job … that is an indictment.”

‘Large amounts laundered out of China into Australian real estate’

Mr Hockey agreed FIRB’s role should incorporate the investigation of the source of funds, and pointed to a $50 million budget he provided for a crackdown on illegal sales of property to foreign nationals.

Mr Schmidt said he believed FIRB would benefit from greater collaboration with agencies including the Australian Federal Police, the Australian Crime Commission and the intelligence services.

“I think if there is a risk that Australia is being targeted for proceeds of corruption coming into Australia, they may be in fact the first point of contact, where a spotlight could be shone … and questions asked,” he said.

In April, the Financial Action Task Force (FATF) – a global association of anti-money-laundering regulators – criticised Australia for failing to force real estate agents, solicitors and accountants to scrutinise their clients and the source of their money.

This is a provision that has long been in place in other major economies.

“Large amounts are suspected to be laundered out of China into the Australian real estate market,” the FATF report said.

“China and other countries within the Asia-Pacific region were also seen as likely sources of corruption proceeds that are laundered in Australia.”

FATF also stated it was “left with the impression that law enforcement efforts to pursue the laundering of foreign proceeds might be given a higher priority if there was an explicit national policy to address this risk”.

For the first time last year, proposed Chinese investment into Australian real estate eclipsed all other sectors of the local economy, including resources.

Chinese investment in Australia’s real estate has surged by more than 400 per cent in five years, with as much as $12 billion spent in the previous financial year.

Justice Minister Michael Keenan said recommendations to improve Australia’s anti-money laundering regime were being considered as part of the statutory review of Australia’s Anti-Money Laundering and Counter-Terrorism Financing Act 2006 which was currently underway.

The review is expected to be tabled in Parliament by the end of the year.