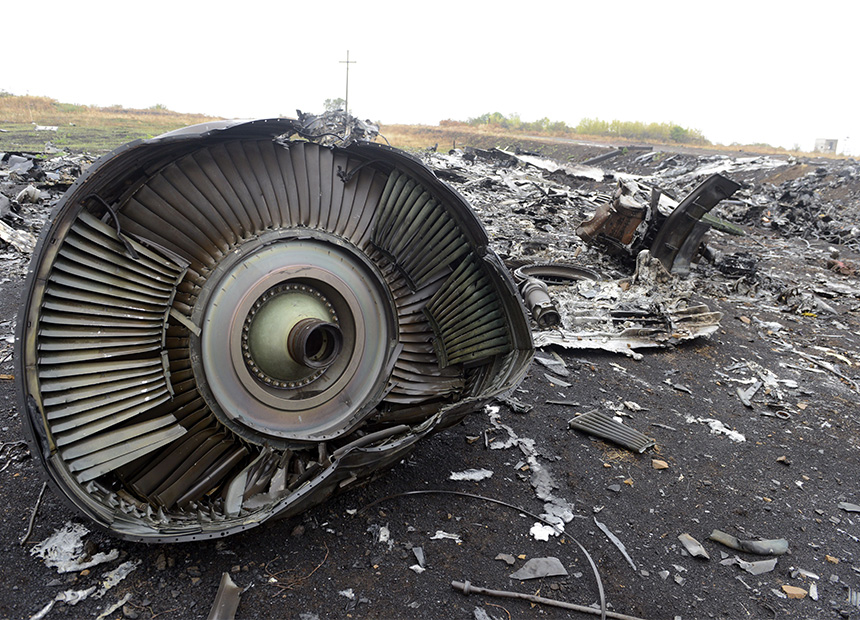 MH17 families are closer to finding out the truth about who killed their loved ones. Photo: AAP

A final report about to be released by the Dutch Safety Board looks set to confirm that Malaysian Airlines flight MH17 was shot down by a Russian surface-to-air missile over rebel-held eastern Ukraine.

This follows a 15-month probe into the cause of the disaster in which 298 passengers and crew perished, including 38 Australian residents, on July 17 last year.

The report will also rule on the doomed airliner’s flight path over a conflict zone and, at the request of grieving relatives, try to establish whether those on board were aware of their fate as the aircraft was struck by the missile.

Observers predicted the report will find a SA-11 BUK missile exploded near the cockpit on the lefthand side of the Boeing 777, killing both pilots instantly.

Such was the force of the impact that the forward fuselage and cockpit broke away from the rest of the aircraft.

The widely-held view that a BUK warhead was responsible for the disaster received further support last week with claims that pieces of the Russian-made missile were found in the crash victims’ bodies.

A Ukrainian security officer involved in the Dutch-led MH17 investigations, Vasyl Vovk, reportedly said that fragments of a BUK were found among the wreckage of the plane and embedded in victims’ bodies.

Dutch authorities are also expected to publicly unveil a reconstruction of the cockpit and business class section of the aircraft using parts recovered from the crash site. The wreckage was painstakingly pieced together at the Gilze-Rijen air force base.

Relatives of the MH17 victims have already been briefed on the findings of the report which will not be naming those responsible.

Identifying the perpetrators is currently in the hands of an international criminal investigation team, including Australian Federal Police officers, which is expected to release its findings by the end of the year.

While an intermediate report released last year by the Dutch only found that MH17’s fuselage was penetrated by “multiple high-energy objects”, the British citizen journalist website Bellingcat has no doubts it was brought down by a Russian-made BUK missile supplied to Ukrainian separatists by the Russian military.

Bellingcat has gathered information from citizen journalists, bloggers, eyewitnesses, videos and satellite images which detail the movement of Russian military equipment and personnel in and around the crash area.

The website’s founder, journalist Eliot Higgins, has spoken to the Dutch investigators about the evidence.

Bellingcat claimed last week the road route taken by a BUK anti-aircraft missile launcher could be traced from the Russian city of Kursk to a field near the Ukrainian town of Snizhne in Donetsk region where it arrived just three hours before the MH17 crashed.

The same launcher was spotted the next day near the Russian border in Luhansk region – but with only three missiles instead of the normal complement of four.

In a summary of its open-source investigation into MH17, Bellingcat said it could prove that the BUK missile launcher, originating from the 53rd Brigade near Kursk, arrived at Snizhne on July 17, 2014.

“It was then unloaded and drove under its own power to a field south of Snizhne, where at approximately 4:20pm it launched a surface-to-air missile that hit Malaysia Airlines Flight 17 as it flew over Ukraine,” Bellingcat said.

“On the morning of July 18, the BUK missile launcher was driven from Luhansk, Ukraine, across the border to Russia.”

Piecing the evidence together

Like many carriers, Malaysia Airlines continued to fly over war-torn eastern Ukraine despite military aircraft having been shot down in the same airspace by Russian-backed separatists.

At the time, the International Air Transport Association explained that the route was not subjected to any flight restrictions. MH17 was flying at about 10,000 metres (33,000 feet), with the airspace below closed.

About one hour into the flight, MH17’s crew contacted Ukrainian air controllers, requesting a course change of 20 nautical miles (37km) to the north because of poor weather.

About 20 minutes later, authorities in Ukraine reported that MH17 had disappeared from radar, approximately 50km from the Ukraine-Russia border. The plane had exploded in mid-air with parts falling across 20 sq km of fields in territory held by pro-Russian separatists.

Within hours, claims emerged that the plane had been shot down by a surface-to-air missile.

A social media site attributed to pro-Russian rebel leader Igor Strelkov, aka “Igor the Terrible”, boasted that his fellow insurgents had shot down a military aircraft in the same area.

The post was swiftly deleted. Later, a rebel soldier at the crash site confirmed in an intercepted telephone call that a civilian plane had been shot down.

Russia has repeatedly denied any involvement in the disaster, maintaining the view that MH17 was downed by a Ukrainian jet fighter while a state-run Russian weapons manufacturer recently claimed a BUK missile was indeed the culprit but that it was fired from a region controlled by Ukrainian government forces and not by separatists.