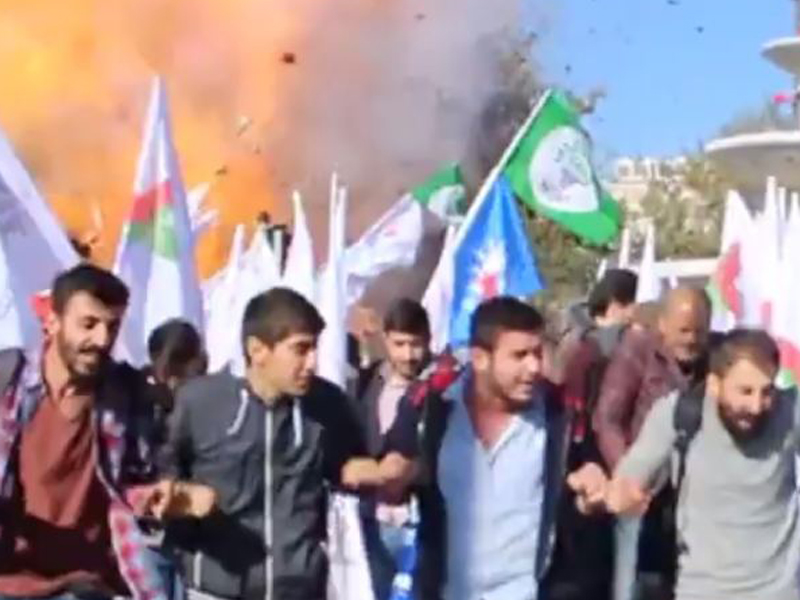 Prime Minister Malcolm Turnbull has described twin suicide bombings that killed at least 95 people in Turkey as a “despicable act of cowardice”.

Offering his condolences, Mr Turnbull said all Australians would be shocked by the blasts that ripped through a pro-Kurdish peace rally in Ankara.

The government condemned terrorism in all its forms and circumstances, he said in a statement.

“We continue to work with our friends and partners to combat this threat. This attack should only strengthen our resolve to work together,” he said.

Foreign Minister Julie Bishop expects a G20 leaders’ meeting will still go ahead in Turkey next month despite the attack, which she called “depraved” and especially heinous because it happened at a peace rally.

No Australians were among the dead at this stage, she said.

The attacks targeted a peace rally organised by leftist and pro-Kurdish opposition groups.

It is understood 246 people are still being treated for injuries with 48 of them in intensive care, the prime minister’s office said.

“I strongly condemn this heinous attack on our unity and our country’s peace,” Mr Erdogan said in a statement posted on the presidency’s website.