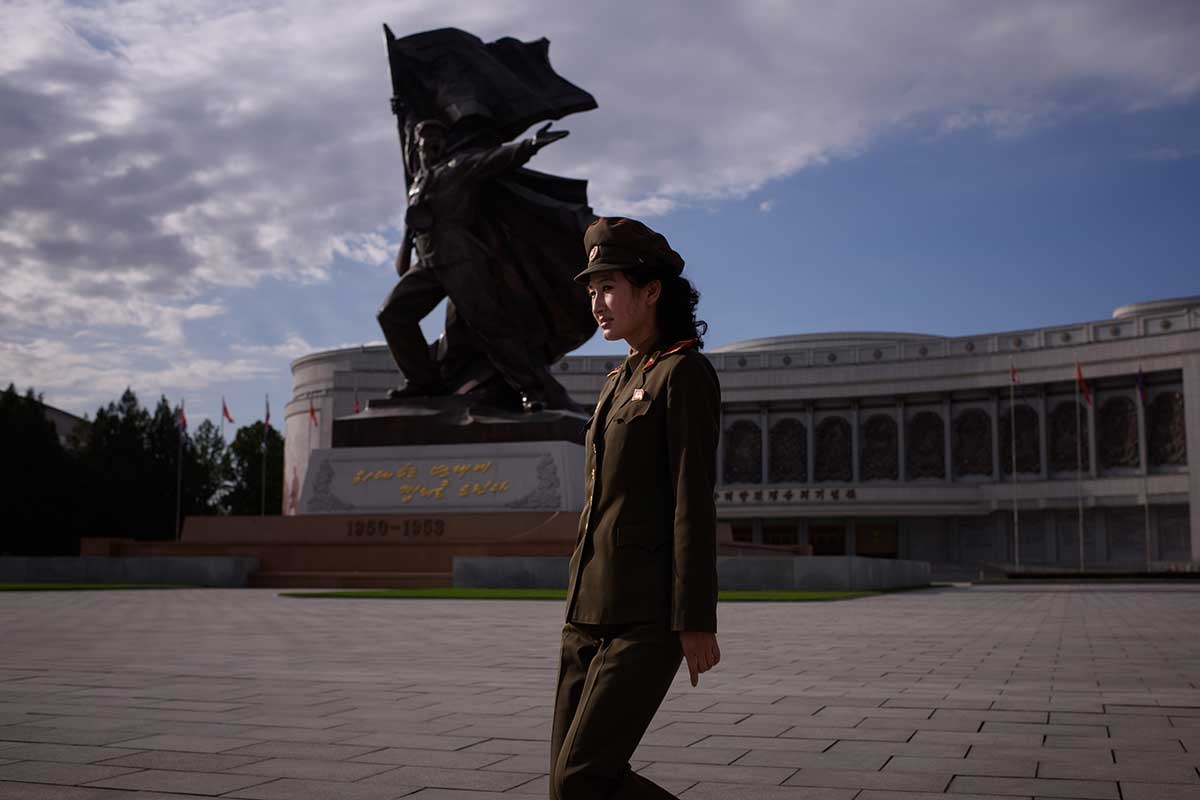 North Korea is holding what is expected to be one of its biggest celebrations ever for the 70th anniversary of its ruling party’s creation.

The attention-getting event is the government’s way of showing the world and its own people the Kim dynasty – now in its third generation – is firmly in control and its military a power to be reckoned with.

As the clock struck midnight on Friday, leader Kim Jong Un marked the anniversary by paying respect to both his late father and grandfather at the Kumsusan Palace of the Sun in Pyongyang, according to the North’s official Korean Central News Agency, or KCNA.

The military parade kicking off the celebrations could hold some surprises for analysts abroad who will be watching its display of weaponry very closely, particularly North Korea’s growing fleet of drone aircraft and long-range missiles.

The guest list is shaping up to be less impressive.

While no world leaders will be attending, China is sending a senior Communist Party official.

The military parade was expected to begin in the morning but was being delayed, apparently due to heavy rain.

Even by late morning on Saturday, as a light rain fell, officials had not distributed a final schedule.

Suggesting the show will go on, crowds of people carrying bouquets of plastic flowers could be seen streaming to Kim Il Sung Square, where the event will be held.

Military vehicles or possibly floats shrouded in blue plastic tarps to protect them against the weather were parked in a long row on a bridge leading to the parade route.

Even though North Korean officials did not divulge details of the day’s plans, open-source satellite imagery has been monitoring large-scale troop activities at the Mirim military air base in Pyongyang, which has been rigged with a mock-up of Kim Il Sung Square.

Masses of Pyongyang citizens have for weeks been out in public plazas across the city practicing their roles for a torchlight parade.

For the finale, a stage has been set up on a river running through central Pyongyang for a late-night concert featuring North Korea’s most popular all-female Moranbong Band.

The spectacle promises to be the most elaborate since Kim Jong Un assumed power after the death of his father, Kim Jong Il, in late 2011, and the satellite imagery suggests the military parade could be the country’s biggest ever.