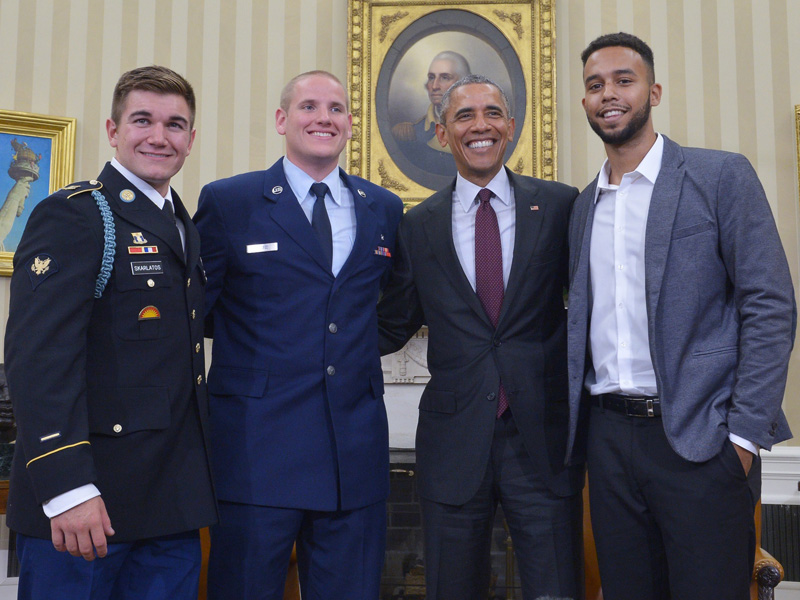 An American airman who helped prevent a terror attack on a train to Paris in August has been stabbed “multiple times” in California while trying to rescue a woman.

Spencer Stone, 23, was stabbed in the city of Sacramento on Friday morning (AEDT), reportedly while trying to defend an unnamed woman.

“The victim had sustained multiple stab wounds in his upper torso or upper body but he is in stable condition and is expected to survive,” a Sacramento police spokesman  said.

Alcohol was a factor and the two suspects, described as Asian males, fled the scene, USA Today reported.

In August, Mr Stone and his friend’s Alek Skarlatos, 22 and Anthony Sadler, 23, thwarted a suspected terror attack on a passenger train from Amsterdam to Paris.

The trio were on a trip through Europe when they disarmed and apprehended an alleged shooter on the train.

Ayoub El-Khazzani, was armed with a Kalashnikov, an automatic pistol and a box cutter.

El-Khazzani, 25, was taken into custody when the train reached France.

French authorities identified him as a Moroccan radical Islamlic tendencies who might have been to Syria.

The group became worldwide heroes for their actions and won bravery awards from US President Barack Obama upon their return to America.