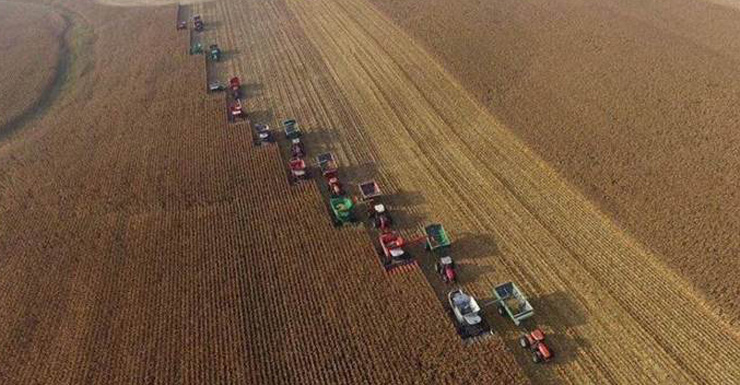 A US farmer with cancer who is unable to work his land has been given some incredible assistance from a team of peers in his community.

The kind-hearted townspeople of Galva, Illinois came together to harvest Carl Bates’ corn crops because his condition would not let him.

His son said the act of kindness might have saved his father from financial ruin.

“It took about 10 hours to harvest all 450 acres, which would have otherwise taken us nearly a week,” Mr Bates told local broadcaster KWQC.

“One of the things we’ve noticed is how great it is to see people help each other for a change as opposed to all the bad news stories out there.”

Local businesses donated food to feed the farmers, while Mr Bates was strong enough to visit the helpers and thank them.

“It’s tough enough to have Carl in the situation that he is in and the time he has left, Mr Bates told KWQC.

“But knowing that everybody cares so much, you know, and is willing to do that that says everything and that’s why you live in places like this,.”