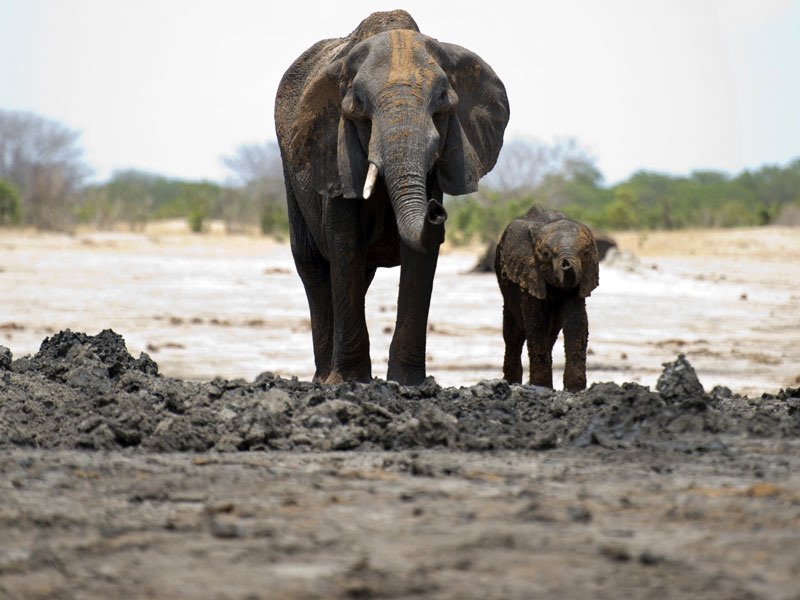 This elephant her junior Jumbo can breathe a little easier as China's ivory ban kicks in. Getty

Authorities have arrested five men in connection with a spate of poison-related elephant deaths in Zimbabwe’s Hwange National Park.

A total of 14 elephants were found dead since September 26, some with their tusks removed.

Salt licks and food laced with cyanide were believed to have caused the deaths.

“If the salt licks were poisoned, then other animals would have died, so it would affect the whole ecosystem.”

Hwange officials confirmed five men were arrested in connection with the poisoning of five elephants at Sinamatela, a location within the park.

“We have had a number of poaching activities in the province, they are actually increasing each day,” Mashonaland West province police commander Clement Munoriarwa said earlier this week, according to Associated Press.

“Some are done through the use of firearms and, of course, we have cases where we suspect that there is cyanide poisoning.”

Two years ago, the country experienced what was labelled “the worst single massacre in southern Africa for 25 years”.

The corpses of about 300 animals were counted from the air, a group of “legitimate hunters” said in an interview with The Telegraph in 2013.