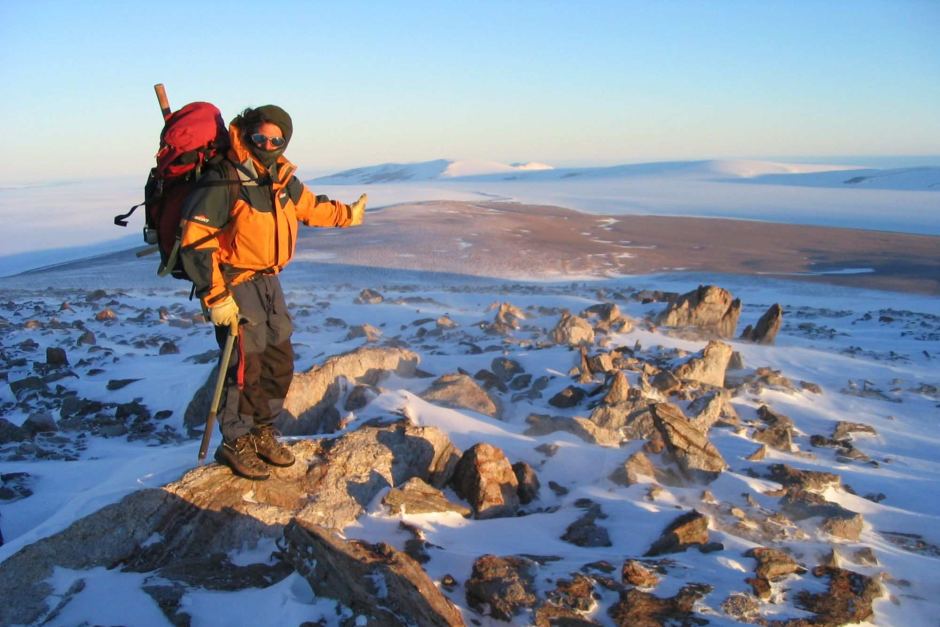 Canberra geologist Duanne White will go where no Australian has ever been before when he travels south to Antarctica later this year.

The assistant professor from the University of Canberra will make his fourth trip to the southern continent in December, as part of efforts to provide a better picture of how much east Antarctica is contributing to current sea level rise.

By analysing ice and rocks he and a team from the University of Tasmania and Durham University hope to help improve future environmental modelling and improve satellite measurements of changes to the ice sheet.

Under the instruction of the lead researcher, Professor Matt King, the team will travel to ice-free areas on the continent and on islands off the coast – many of which have never been explored by Australians.

“It really has been one of the joys of the research that I do, I get to go to some quite unusual places,” he said.

“In fact a couple of the sites that we’re planning to go to this year … as far as we understand there hasn’t been any Australians go there before.”

His job will be to reconstruct how the ice sheet has changed in the past, by examining rocks and other sediments that the glacier has deposited in different parts of the landscape.

He does this using a process called cosmogenic dating.

“You might have a mountain that sticks out of the ice and you can walk down … and look at the different boulders that the glacier has deposited, as it has retreated down that mountain,” he said.

“I can date that using a technique called cosmogenic dating.”

The surface exposure dating technique measures the presence of certain isotopes – beryllium-10 and aluminium-25 – produced by radiation from other parts of the galaxy, which accumulates naturally in the rock.

Flying out to the nunataks

The project to measure changes in the ice over time and determine a better estimate of East Antarctica’s contribution to present-day sea level rise is an ambitious one.

“So for those ones we’ll be flown out from the station and dropped on the mountain, walk around and do our science for the day… and then come back with a swag of rocks, at last from my end.

“We’ll probably also spend about a week in an area called the Bunger Hills where we’ll be working in the hills themselves, but also flying out to the nunataks [mountains sticking out of the ice] in those areas.”

Geologist goes where no Australian has gone before