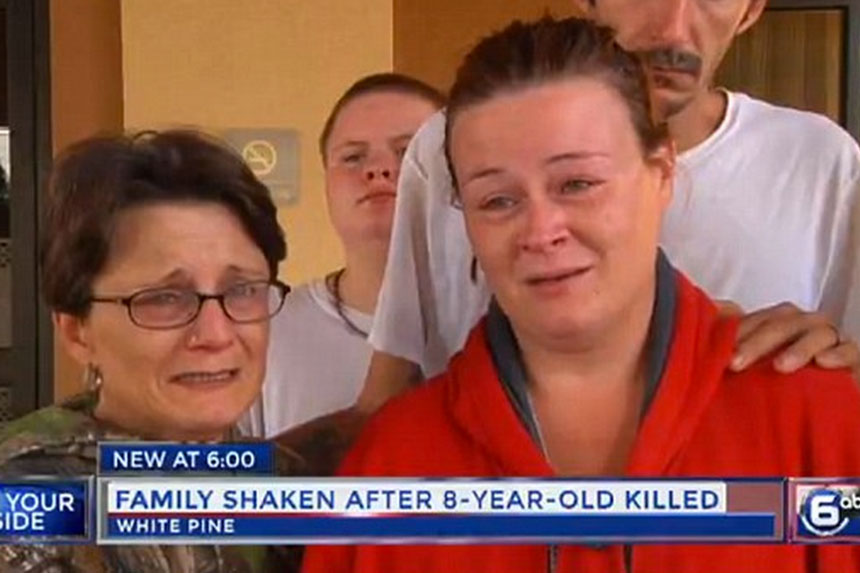 A simple childish fight over a puppy led an 11-year-old boy to shoot and kill his eight-year-old neighbour in the US state of Tennessee.

Latasha Dyer says her daughter was playing outside when the boy asked to see her puppy.

The eight-year-old Maykayla said “no” and shortly after was shot in the chest.

“When we first moved to White Pine, the little boy was bullying Maykayla,” Latasha Dyer told WATE 6 News in a video posted on the station’s website on Sunday.

“He was making fun of her, calling her names, just being mean to her.

“I had to go the principal about him and he quit for a while and then all of a sudden yesterday he shot her.”

Dyer was overcome with emotion as she spoke to the local television station from the front steps of her mobile home in White Pine, Tennessee.

“I want her back in my arms, this is not fair, hold and kiss your babies every night because you’re never promised the next day with them,” she said.

“I hope the little boy learned his lesson because he took my baby’s life – and I can’t get her back.”

Jefferson County Sheriff GW “Bud” McCoig said the boy has been charged with first degree murder and was being held in a juvenile detention centre.

“Our prayers are with the families that are involved in the tragic incident,” he said at a press conference.

The boy was inside his home when he shot the girl with his father’s single-shot 12 gauge shotgun about 7.30pm on Saturday, McCoig said.

“The two were neighbours and in this neighbourhood all the children would play together and knew each other and all attended school together,” he said.