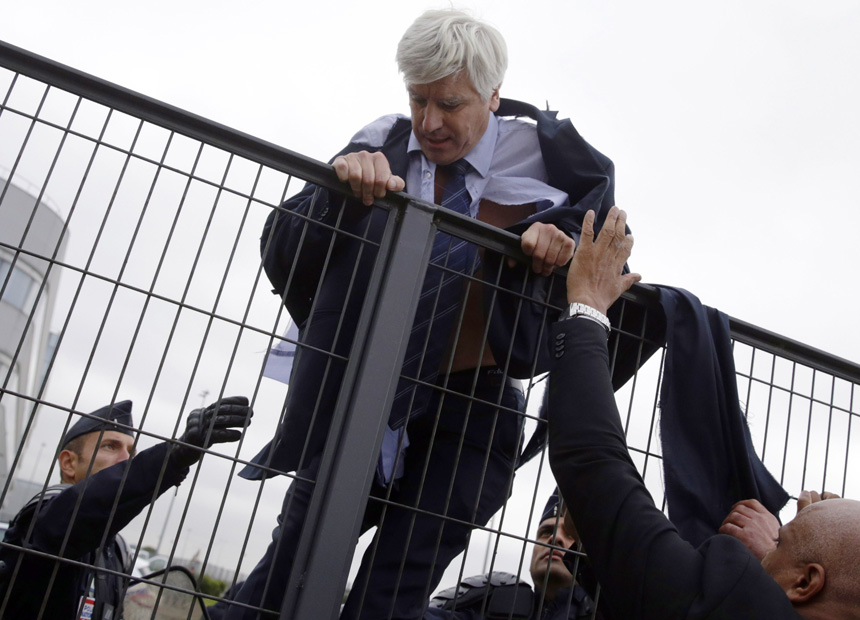 Dramatic footage has emerged of Air France employees driving their bosses and executives out of a meeting on Saturday (Australian time), at the airline’s headquarters.

The meeting at Charles De Gaulle airport in Paris was called to discuss almost 3,000 job cuts, the airline’s first since the early 1990s, according to Quartz.

Cuts would see hundreds of flight attendants, cockpit crew, and ground staff lost, while the number of planes and routes would also be decreased.

The strike degenerated into a siege on a room where airline managers were briefing on the savings plans.

It resulted in bizarre scenes as Air France’s human resources head Xavier Broseta was left half-naked and jumping a fence to escape the mob.

He was joined on the run to safety by the airline’s head of long-haul flights, Pierre Plissonnier, who managed to make it over the fence with some of his suit still on his body.

The measures were reportedly not a surprise, as news had broken of the cuts several days ago.

Negotiations failed to reduce costs by asking pilots to work longer hours for less pay. Despite that, anger was visibly palpable.

See the stunning vision, images below: