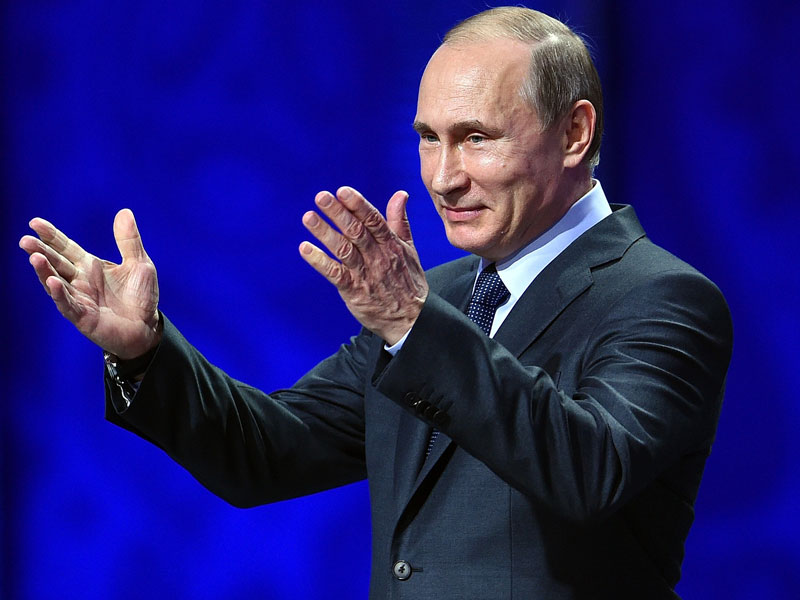 As Russia began airstrikes in Syria, the Russian Embassy was joking about the war on Twitter.

The English language account posted a “find the right Syrian rebel to arm” graphic (viewable below), with the cut-out image of a gun and a series of rebels from different groups that oppose Syrian Government forces.

The Kremlin voted to provide support to the Assad regime on Wednesday, and began airstrikes the next day.

The social media post is not the first time sarcasm has entered the Embassy’s tweets, with a previous post from a Canadian NATO account, which featured a map of the border of Russia and the Ukraine, attracting a tongue-in-cheek response.

The Canadian map featured Crimea within Ukrainian territory, with the text: “Geography can be tough. Here’s a guide for Russian soldiers who keep getting lost and ‘accidentally entering Ukraine”.

The Russian response predictably featured Crimea within their territory and: “Helping our Canadian colleagues to catch up with contemporary geography of Europe”.

Russian alignment with the Assad regime was heavily criticised by the United States, particularly after accusations surfaced the first airstrikes from the Eastern European nation had hit US-backed anti-Islamic State forces.