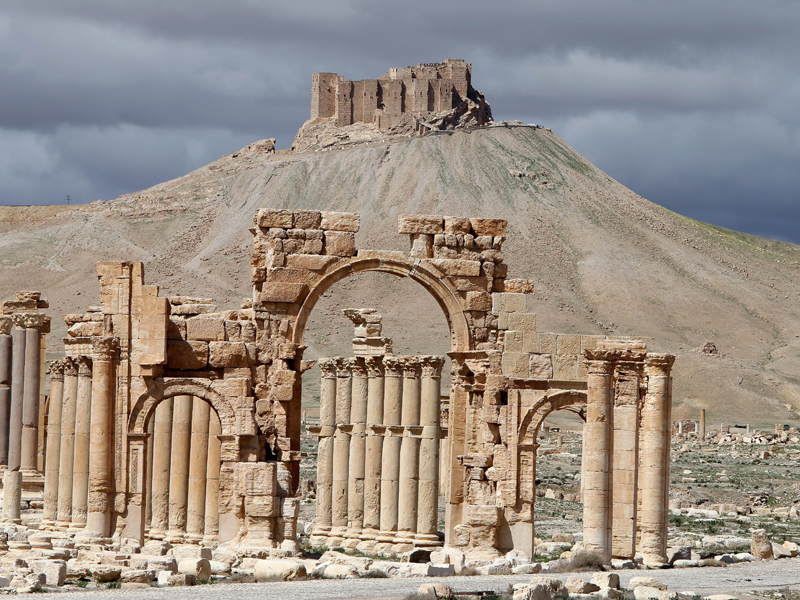 UNESCO’s director-general has condemned the destruction of the Arch of Triumph in the ancient Syrian city of Palmyra by Islamic State jihadists, saying “extremists are terrified by history and culture”.

Irina Bokova said on Monday the UN’s scientific and cultural body would make every effort to ensure that the perpetrators of the destruction are brought to justice.

“There will be no impunity for war criminals, and UNESCO will make every effort, at its level, and in close cooperation with the International Criminal Court, to make sure that the perpetrators of the destruction are tried and punished.”

IS militants blew up the arch, dating from between 193 and 211 AD, as part of their sustained campaign of destruction of heritage sites in areas under their control in Syria and Iraq.

The Palmyra site is listed on UNESCO’s World Heritage List and before this year, attracted an annual 150,000 tourists.

“This new destruction shows how extremists are terrified by history and culture – because understanding the past undermines and de-legitimises their claims – and embodies an expression of pure hatred and ignorance,” Bokova said.

She said Palmyra “symbolises everything that extremists abhor – cultural diversity, dialogue between cultures [and] the encounter of peoples of all origins”.

Known as the Pearl of the Desert, the oasis town of Palmyra is situated about 210 kilometres northeast of Damascus and became famous as a stopping point for caravans travelling on the Silk Road.