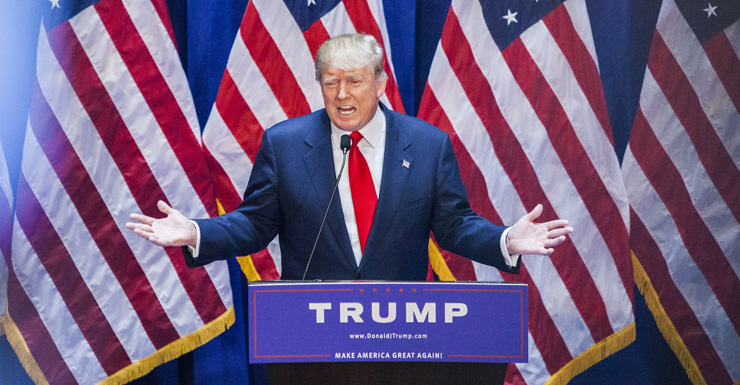 Republican US presidential frontrunner Donald Trump says he would like to “sit back” and watch as Russia continues air strikes in Syria, suggesting it could be a “trap” that could bog down Moscow.

In comments aired on Sunday on ABC’s This Week, Trump said he would not establish a no-fly zone over Syria, as several other candidates, including Democratic frontrunner Hillary Clinton, have suggested.

“I think what I want to do is I want to sit back and … see what happens,” Trump said, before suggesting that the Soviet Union’s war in the 1980s against Afghan mujahideen rebels “destroyed” the communist bloc.

Russia began conducting air strikes last week in Syria, in what it said would be a prolonged bombing campaign against the Islamic State group, or ISIS, and other extremist groups.

But Western countries have said the strikes are targeting moderate rebel groups and are intended merely to bolster Syrian President Bashar al-Assad, an ally of Russia.

Asked about the ongoing migration crisis spurred by fighting in Syria and Iraq, Trump reiterated previous comments that he would send back refugees the United States has promised to take in, claiming they likely included IS fighters.

He said he “saw the migration” and observed that most of those fleeing were “strong men,” – although host George Stephanopoulos noted that half the refugees are believed to be children.

But of the migrants, he added, “If I win for president, they’re going out … We are not going to take responsibility.”