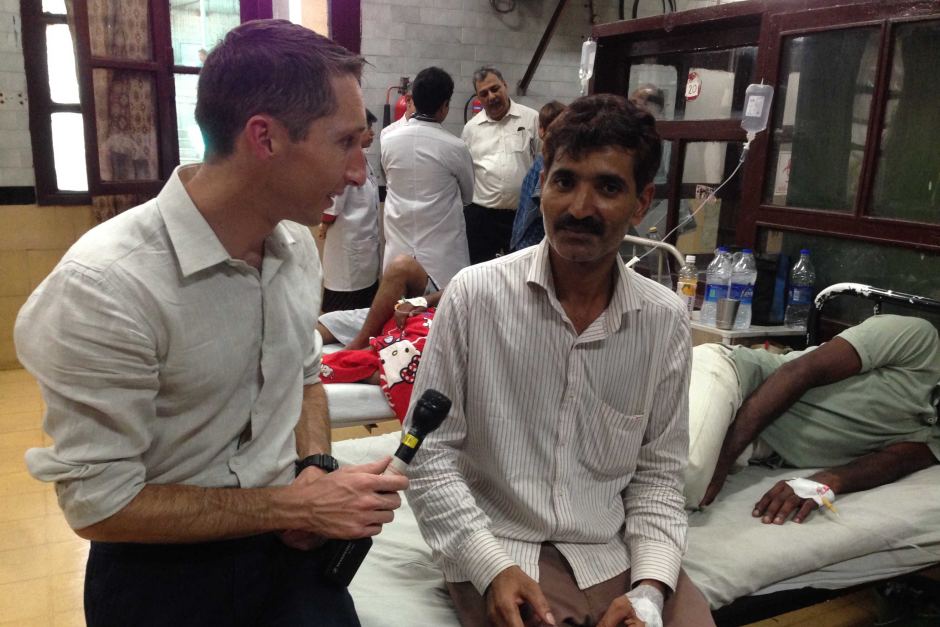 India is the in grip of its worst dengue fever outbreak in years, with more than 6500 confirmed cases and at least 25 deaths in the capital New Delhi so far this season.

Across India, wards normally reserved for surgery are crammed with men, women and children battling the potentially fatal mosquito-borne virus.

Thousands of cases have overloaded the city’s hospitals.

There is also a growing number of fatalities and allegations authorities have been slow to respond with tragic consequences.

“Your body starts to heat up and then your eyes start hurting and then there is chest pain – basically, the entire body starts to crumble,” said one patient after several days in an emergency ward.

“You get a really bad headache and start feeling dizzy.”

Outside, hundreds queue daily to be tested at a fever clinic.

The hospital’s administrator Dr D.K. Seth said the hospital was struggling to keep up.

“All my colleagues and staff who have been here, they have been working day and night,” he said.

“This fever clinic is running 24 hours a day, seven days a week and they are seeing hundreds and hundreds of patients. Like for instance, 700 patients in the daytime, 500 plus in the night.”

New Delhi has seen 6,500 confirmed cases so far this season.

Hospital reports put Delhi’s death toll between 30 and 40, while authorities have verified 25 fatalities.

In one particularly tragic case, the parents of a seven-year-old boy who died of the disease committed suicide – allegedly after he’d been refused treatment at several hospitals.

“You have to, out of these patients, select who has to be admitted and taken special care of, because any patient where you falter, and subsequently develops some complication, is a big thing,” Dr Seth said.