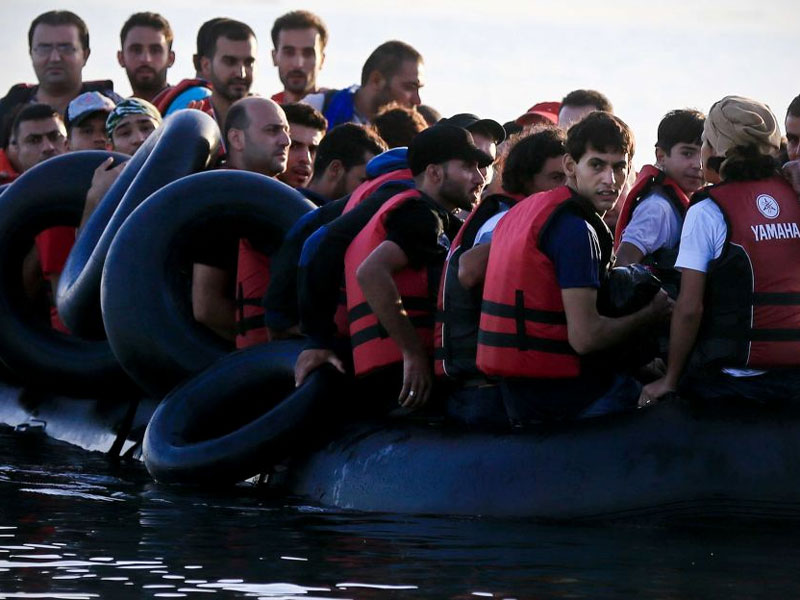 The decomposed body of a baby has been found on the shore of Greece’s Kos island, which is on the frontline of the asylum seeker influx coming from Turkey.

The body of the baby boy, estimated to be 6 to 12 months old, was found dressed in green trousers and a white t-shirt on the beach of a hotel, the Greek coast guard said.

Authorities believe the child was a member of an asylum seeker family that tried to reach Kos in a dinghy, according to local media reports.

• Trump: Russia bombing Syria is another ‘trap’
• Russian military begins airstrikes in Syria
• Not all refugees are Syrian

The body was transferred to Kos General Hospital for an autopsy.

The grim discovery recalls the case of three-year-old Syrian boy Aylan Kurdi, whose body was found face down on a Turkish beach last month.

Pictures of the lifeless body of the Syrian toddler face down on a Turkish beach shocked the world and helped spur European nations to seek an effective response to the growing asylum seeker crisis.

The Greek Coast Guard continues the grim job of recovering bodies from the sea and the shores of its islands, fearing that things will only get worse as winter approaches and the weather deteriorates.

In September, at least 15 babies and children drowned when their overcrowded boat capsized in high winds off the Aegean island of Farmakonisi.

The European Union is moving ahead with a plan, opposed by Hungary and several other eastern members of the bloc, to distribute 120,000 refugees, many of them Syrians, between its members.

But that is just a portion of this year’s influx of asylum seekers.

More than 500,000 people have entered the European Union this year, and over 310,000 of them have landed in Greece, in the greatest movement of people in Europe since World War II.

Nearly 3,000 others have died or disappeared during the crossing.

Meanwhile, German authorities expect up to 1.5 million asylum seekers to arrive in the country this year, newspaper Bild said in a report to be published on Monday (local time), up from a previous estimate of 800,000 to 1 million.

The newspaper cited an internal forecast from authorities that it said had been classed as confidential.