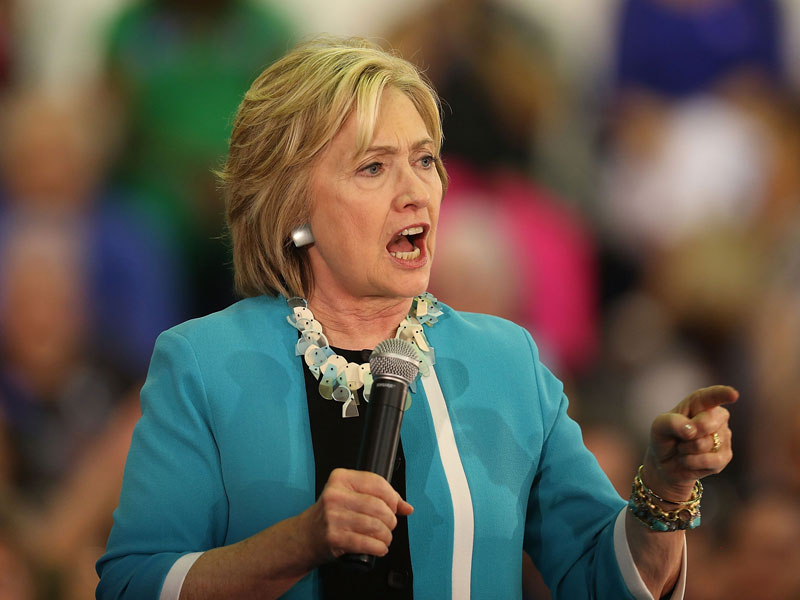 Hillary Clinton has attempted to showcase her softer side – and boost her flagging poll ratings – by playing a bartender on prime time US television in a comedy skit.

The frontrunner for the Democratic nomination for the 2016 White House race has seen her lead dwindle over an email scandal dating to when she was secretary of state.

But she put that behind her with a lighthearted appearance on Saturday Night Live during which she played a sympathetic barkeeper named “Val” opposite Kate McKinnon, famed for her impression of the former first lady.

Clinton, criticised in some quarters for being too stiff and unable to laugh at herself, also tried an impression of Donald Trump, the frontrunner for the Republican presidential nomination.

The duo ended the skit with a rendition of Lean on Me.

Clinton tweeted: “A vote for Hillary is a vote for four more years of Kate McKinnon’s impression.”

A vote for Hillary is a vote for four more years of Kate McKinnon’s impression. #citizens pic.twitter.com/8WFlf1dy9n