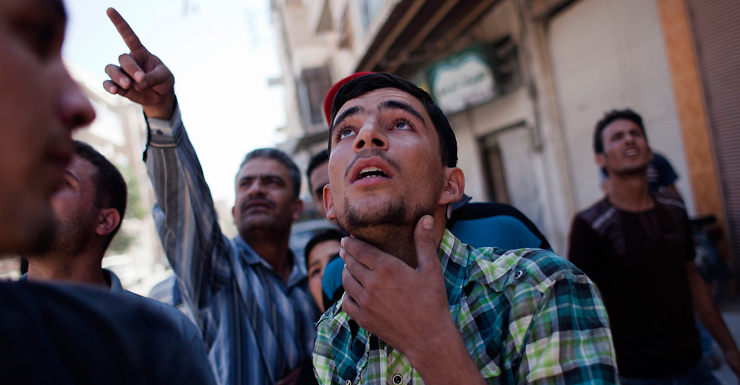 Moscow has admitted it may extend its air strikes beyond Islamic State targets, but denied it has already done so.

On Friday morning (AEST), as his country’s warplanes hit new targets in Syria, the Russian foreign minister said “other terrorist groups” could be subject to attacks.

But he claimed the Russian military had not and would not target US-backed rebels, saying his country saw “eye to eye” with Washington.

This claim was directly contradicted by the US.

On its second day of strikes, Russian jets bombed a camp run by rebels trained by the CIA, the group’s commander said.

Russia denied these reports as misinformation.

At worst, the escalating situation in Syria could become a proxy war between the US and Russia — something that has not occurred since the Cold War.

On Friday, Australia’s Justice Minister questioned Russia’s motives, saying it was “not trustworthy”.

Michael Keenan told ABC TV from Washington DC that it would be good for the superpower to participate in a constructive way, but “the problem is their motives are just not trustworthy”.