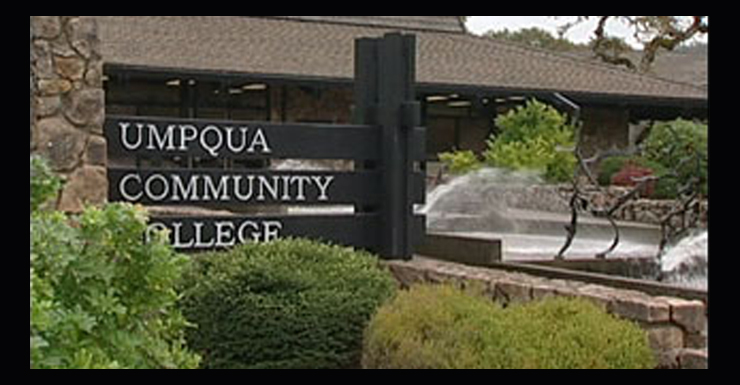 The shooter who allegedly killed at least nine people and was shot by police at a community college in the US state of Oregon, has been named by authorities as Chris Harper Mercer.

A law enforcement official said Harper Mercer, 26, had lived in the Rosberg area, according to a report in The New York Times.

Seven people were also wounded in the attack at Umpqua Community College in the city of Roseburg on Thursday morning (AEST).

Of those wounded, three are said to be in a critical condition.

“He appears to be an angry young man who was very filled with hate,” one law enforcement official said in reports.

Harper Mercer, was killed by police, at whom he fired, a local official said during a press conference.

“The shooter is deceased.”

Sheriff Mr Hanlin confirmed the number of deaths and injuries during a press conference.

The prime suspect may have signalled his intentions online before the shooting, according to several media outlets.

The shooting reportedly took place in or near a classroom in a science building, with police arriving at the scene at approximately 10:40am local time, The Portland Oregonian newspaper reported.

At the time of the press conference (early afternoon local time), police were going building to building to check for “additional threats”.

Located in a rural area, the school, which is similar to an Australian TAFE institute, has approximately 3300 students.

Roseburg is a city of about 20,000 people, 418 kilometres south of the state capital of Portland.

The shooting is sure to reignite the gun control debate.

The most recent and most deadly school shooting in the US was at Sandy Hook primary school in Connecticut perpetrated by 20-year-old Adam Lanza, who killed 20 children.

Mass shooting at US college