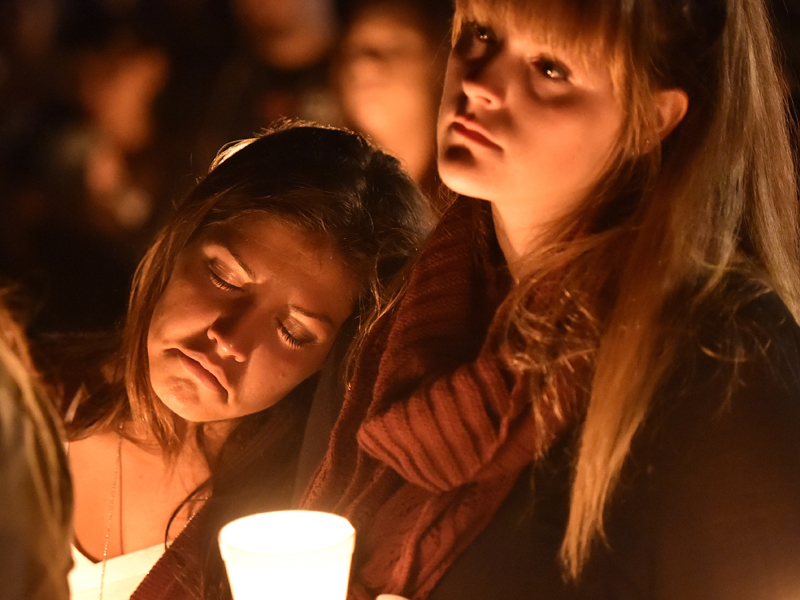 Two Australians and a New Zealander, students at the US college where a mass shooting took place, were lucky to escape unscathed.

Australian basketball players Staci Richardson and Cody Davison were just minutes away from crossing paths with the US gunman who shot and killed 10 people and injured seven at an Oregon college.

• Mass shooting at US Community College
• Muslim boy, 14, arrested in US for making clock
• Three dead in University shooting

Mr Richardson, from Melbourne, and Mr Davison, from the Gold Coast, study at the Umpqua Community College and play on its basketball team, the Umpqua Riverhawks.

The team is filled with Australasians, with the coach Daniel Leeworthy from Australia, and New Zealanders Tama Green and Jaylen Gerrand on the squad.

The two Australians planned to be at the library at 10.30am on Thursday to print out an assignment, but a friend asked them to pick him up, so they were late.

The shooting was first reported at 10.40am.

The library was just 20 metres away from where authorities allege the gunman, 26-year-old Chris Harper Mercer, went on the shooting rampage.

“They were supposed to be in the library but were running late,” Rob Richardson, Staci’s father, told AAP.

“They were about to arrive and they received a message that said there was a guy running loose with a gun.”

Mr Richardson said he didn’t know about the shootings until a concerned friend in Melbourne woke him up with a phone call at 6am to say he heard on the news what had happened at the college.

“He’s taking it all in,” Mr Richardson, describing his son’s reaction, said.

New Zealander Mr Gerrand was uninjured, but was running alongside another student who was shot dead.

“I was walking past one of my classes and then just heard gunshots, saw people falling pretty much,” Mr Gerrand told Radio New Zealand.

“I didn’t know who they were … there was all just a rush of things. I ran until I got out of campus.”

Mr Leeworthy said Mr Gerrand was the first to text him to warn others to get off the campus.