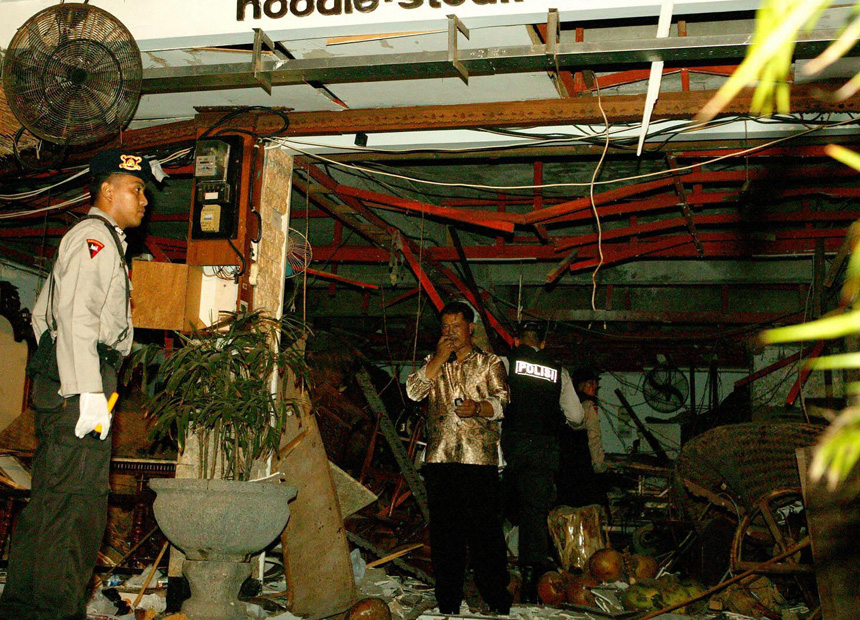 It has been 10 years since three suicide bombers carried out a second round of devastating terrorist attacks in Bali.

Fifteen Indonesians and four Australians were killed in the 2005 blasts, which targeted beachside restaurants along Jimbaran Bay and a cafe in the popular tourist hub of Kuta.

Aleta Lederwasch was 21 at the time of the bombings and on her first trip overseas with family and friends from Newcastle.

The first Bali bombings, which had killed 202 people including 88 Australians three years earlier, weighed on her mind.

“When the first explosion happened it was too far to know exactly what it was. It could have been a gas explosion just from a barbeque on the beach. That’s why quite a lot of people stayed at [our dinner] table.

“I felt there was a risk that it was something more than that, so I looked around and thought, ‘We are the only group of white people on this beach, we’re a pretty good target if it is a terrorist attack’.

“And I just thought, ‘reduce my chances and I’ll get away’ so I just ran.”

Ms Lederwasch was struck in the leg but survived, along with her parents.

While the experience has made it hard to travel and negotiate crowds, she said she was grateful to be alive and feels no anger toward the bombers.

“I am so lucky to be safely walking down the street … so fortunate to have this food available and to have a beautiful child,” the mother of one said.

“I am just really sad by the situation. People who do these sorts of things I imagine they’re not completely happy or content.

“Not a lot of people are but I think people who do these acts are vulnerable, young people.”

“The billions and billions of dollars that are spent on war, what they call the war on terror, if we were able to funnel that sort of money into health systems, set up good hospitals, set up good schools … I strongly believe that would harbour gratitude and at least reduce the risk of people who may turn to those sorts of [ideologies and actions] out of desperation,” she said.