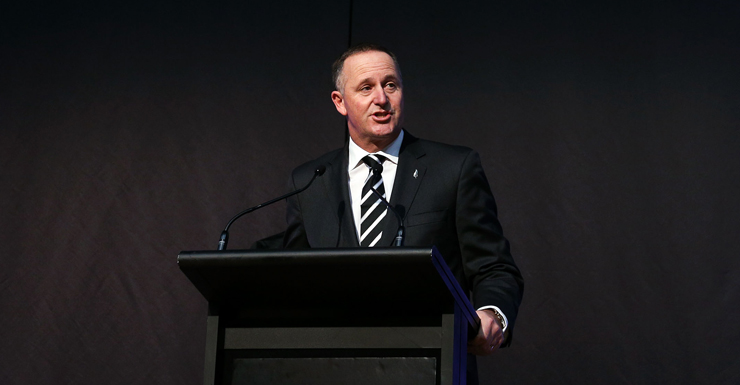 New Zealand Prime Minster John Key’s “blunt message” about the way New Zealanders are being detained and deported in Australia has been met with sympathy.

He brought up that nearly 200 New Zealanders were being held in Australian detention centres facing deportation under the new laws, meaning anyone who wasn’t a citizen and who had served a sentence of 12 months or more could be sent home.

• Hordes of Kiwis could be deported from Australia
• Julie Bishop took her boyfriend … where?
• People power forces NZ government to surrender

It had also been reported that nearly 100 of them had already been sent back to New Zealand.

On Wednesday morning (AEST), Ms Bishop acknowledged the “very close” relationship between Australia and New Zealand and said there should be “other arrangements” put in place for Kiwis.

She assured the issue would be looked into by new Australian Prime Minister Malcolm Tunrbull.

“I’m sure there other arrangements Australia and New Zealand could reach with the deportation of New Zealander’s,” Ms Bishop said during a press conference.

“It will be appropriate to consider this matter, like Mr Key has asked us to.”

Mr Key said he was concerned about those who had relocated to Australia when they were young, spending almost their entire lives in their adopted country.

“I had a chat with Julie about it and I was pretty blunt,” Mr Key told Radio New Zealand on Wednesday.

“I said there’s a special relationship between New Zealand and Australia and you challenge that, to a degree, when you see New Zealanders being treated in this way.

“We also deport people, but not in the way the Australians are talking about.”

The meeting with Ms Bishop took place following the death two weeks ago of Kiwi-born Junior Togatuki in a high-security detention centre, while he was awaiting deportation.

The 23-year-old, who left New Zealand at age four, had served his sentence for robbery and assault, and authorities say he took his own life.

Ms Bishop provided assurances to New Zealand that a full inquiry was under way into Togatuki’s death.

Mr Key is due to meet with Mr Turnbull at a later date.

In his first speech after seizing the prime ministership, Mr Turnbull praised Key as an example of successful leadership.

“John Key has been able to achieve very significant economic reforms in New Zealand by … explaining complex issues and then making the case for them.”