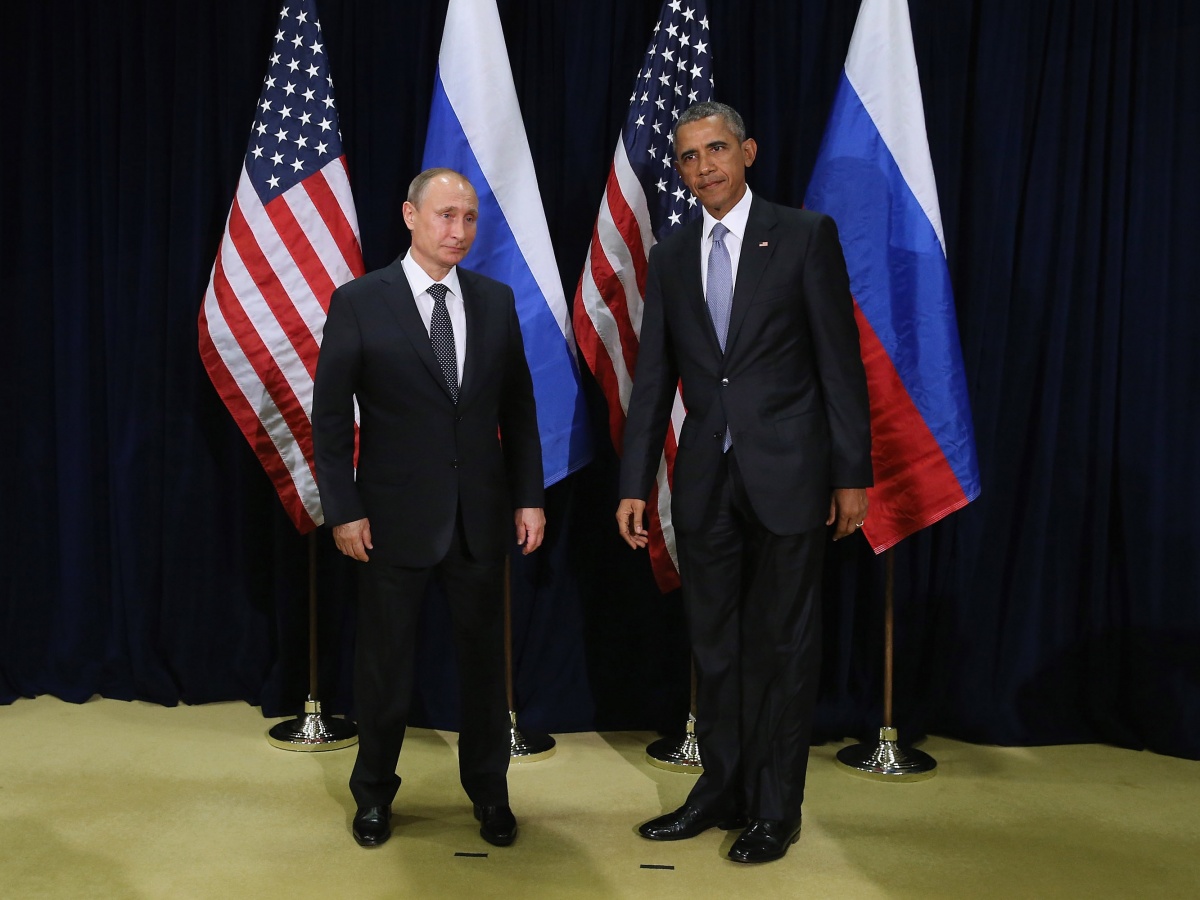 They have never got on well, but judging by a chilling handshake between Russian president Vladimir Putin and US president Barack Obama on Tuesday (AEST), the relationship may have hit a new low.

The two leaders made little attempt to hide their contempt for one another in a meeting that was likened to “an awkward Tinder date”.

The cringeworthy encounter took place at the United Nations in New York, where the two leaders met to discuss the situation in Syria.

While both nations oppose Islamic State, Russia supports Syrian president Bashar al-Assad, while the US wants him gone. This goes some way to explaining the frostiness.

It was the first time in two years the traditionally adversarial leaders had held face-to-face talks and, as can be seen in the video below, absence had not made their hearts grow fonder.

Putin has forced Cameron and Obama into an embarrassing partial climb down over Assad – they should get on with it, climb down all the way.

Obama, Rouhani, Putin and Raul Castro all to adress the United Nations in the same day #handshakes ?

I want Obama and Putin to start their meeting today with a really cool, year 7-style secret handshake.

Mr Putin did not curry any favour with the Western leaders present (including Australia’s own Julie Bishop), using his speech to accuse the West of promoting “violence”, “poverty” and “social disaster” in the Middle East.

“Do you realise now what you have done?” he said.

“Rather than bringing about reforms, an aggressive foreign interference has resulted in a flagrant destruction of national institutions and the lifestyle itself.

“Instead of the triumph of democracy and progress, we got violence, poverty and a social disaster.”

The Russian leader labelled countries decrying the threat of terrorism, while simultaneously “turning a blind eye” to the funding of terror groups, as “hypocritical and irresponsible”.

He called on a “broad coalition” to fight the threat of terror group, Islamic State, in Syria and said Muslim countries – including Syria – “should play a key role”.

Mr Obama said he was open to the idea, but warned this must not mean keeping Assad in power in Damascus indefinitely.

“The United States is prepared to work with any nation, including Russia and Iran, to resolve the conflict,” he said.

Mr Putin’s move to propose a broad coalition would be popular in his home country, The Telegraph‘s Roland Oliphant said.

“[It] sets up Russia as a competitor with the United States for leadership in the Syrian crisis and even in the Middle East in general. It also makes clear that Mr Putin is going to stand by his ally Bashar Assad,” he said.

“All in all, this was vintage Putin: pugilistic, anti-Western, and self assured. It will go down very well indeed at home.”

Meanwhile, Mr Obama’s speech toed the diplomatic line, according to one commentator.

“This speech was a strong affirmation of the commitment to international law and the real power of multilateral cooperation,” Columbia University’s Michael Doyle told Christian Science Monitor.

“I think the point was to remind the leaders about the principles that we have learned to advance human progress, but also the actions and motivations that set things back.”

But Russian military analyst Igor Korotchenko did not agree.

“During Obama’s speech, people were yawning. When Putin was speaking there was a tense attention on the faces of friends and enemies,” Mr Korotchenko said, according to The New York Times.