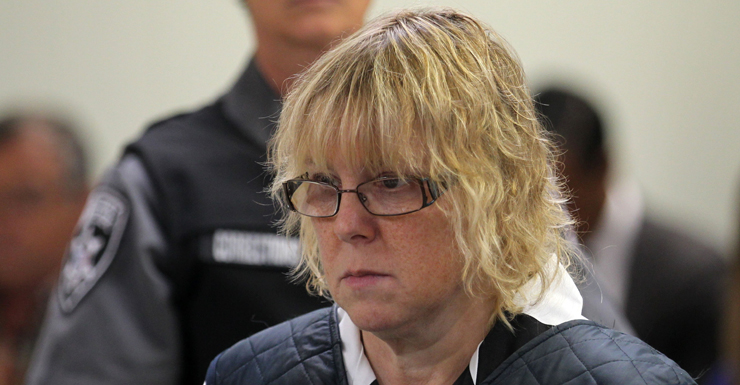 A prison seamstress who helped two convicted killers escape a maximum security facility in New York has been sentenced to up to seven years in jail.

Joyce Mitchell, 51, wept as the sentence was read out on Monday. She has admitted helping the men by smuggling in tools in frozen hamburger meat.

They used a drill bit and hacksaw to cut their way out of their cells and break out of the upstate New York prison in June. They became the subjects of a nearly three-week-long manhunt that made world headlines.

• President Obama ‘shirtfronts’ Putin at the UN
• Say aaagh! Health system set to go under the knife
• Further claims of rape on Nauru

“If I could take it all back I would,” Mitchell said, according to NBC News. “I live with regret every day and will for the rest of my life.”

She reiterated her excuse that she had helped the two men — David Sweat and Richard Matt — only because she believed they were going to harm members of her family.

The judge sentenced her to two and a third to seven years. The charge was contraband.

“You did terrible things,” he told her.

Mitchell had worked for seven years as a seamstress at the Clinton County correctional facility.

In an interview earlier this month Mitchell told NBC that one of the inmates told her he loved her, and that he wanted to kill her husband.

Mitchell said the two murderers also had learned where her mother and one of her three children lives, and that she was worried about their safety as well.

Matt was shot dead by a federal agent during the manhunt, and Sweat was apprehended just south of the Canadian border.

‘You did terrible things’