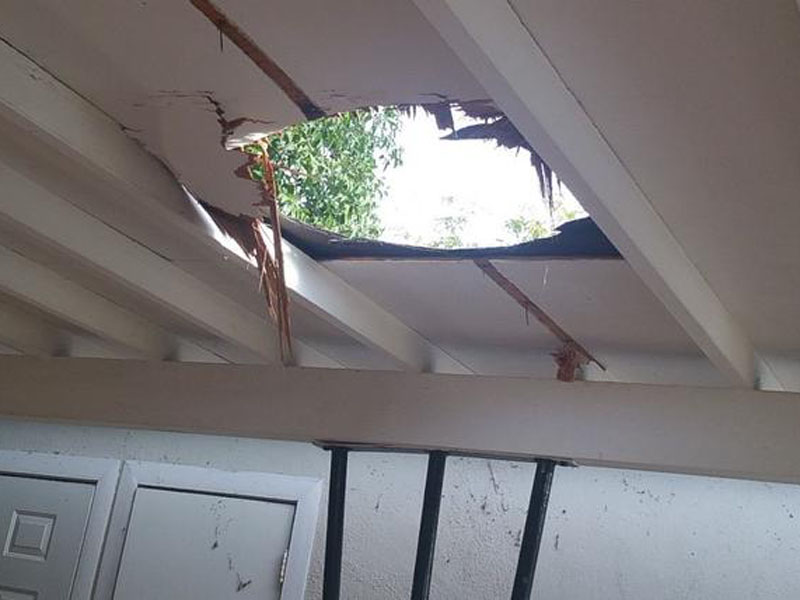 A US family received an unexpected package which mysteriously dropped from the sky and came crashing through their home.

Arizona couple Maya and Bill Donnelly were sound asleep on September 8, when they woke to a loud noise they said sounded like thunder and lightning, police said.

They got up out of bed to find a 10kg plastic parcel containing marijuana, worth more than $14,000, that had crashed through their carport roof and into the dog kennel, ABC News reported.

Officials said the illegal substance may have fallen from a smuggler’s aircraft that had departed from Mexico.

“We have seen ultralight [plane] activity in our town before, but never seen a package that is assumed to be from an ultralight, fall so close to the border.”

Officials said the family home was about 300 metres from the US-Mexico border.

Det Fierros said thankfully no one was injured during the incident.

The bundle of illegal goods made its way through plywood leaving a large hole in the carport roof and the doghouse.

“Had this bundle actually fallen on someone, or a pet, there would have been some injuries,” he told ABC News.