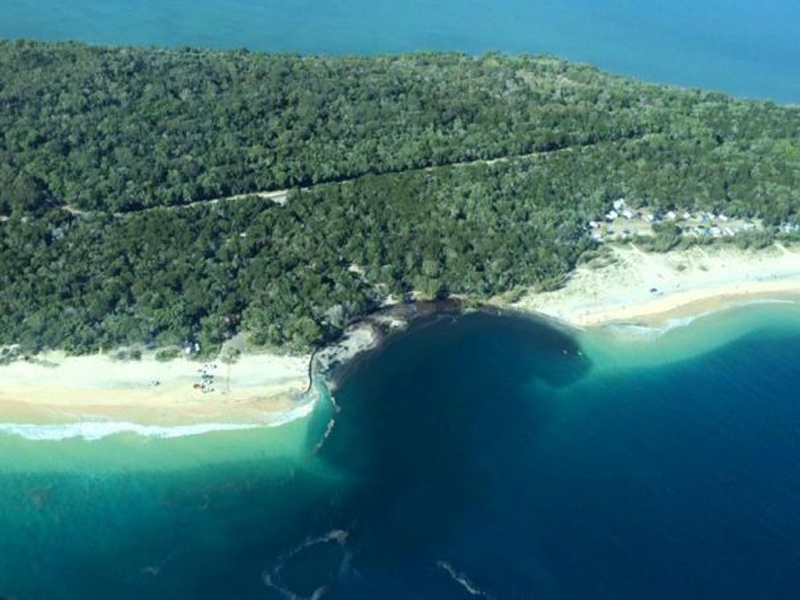 Sinkholes seem to be popping up everywhere this year.

A major sinkhole swallowed vehicles at a popular camping spot near Queensland’s Rainbow Beach on Saturday.

The sinkhole, bigger than a football field and several metres deep, developed at Inskip Point while campers were sleeping.

In America, March saw the tragic death of Jeff Bush in Seffner, Florida, when his bedroom collapsed into a sinkhole below his house.

• Sinkhole swallows campsite
• Travel story: ‘I got super high on legal weed’
• This could be the ultimate travel bucket list

The same month saw the disappearance – thankfully only temporary – of the golfer Mark Mihal into the ground at Waterloo, Illinois.

And in August, the spectacular collapse of holiday apartments at the Summer Bay Resort in Florida.

Sinkholes are natural phenomena, they occur all the time, but can be adversely influenced by human activity.

Also called dolines, sinkholes are caused when soluble rocks below ground, including limestone, gypsum and salt, dissolve to form cave systems and cavities.

A sinkhole is formed when these cavities collapse, or where covering materials such as sand, silt or clay funnel into the cavities, causing a collapse of the surface.

The caves may be drained and dry, but the most problematic cases are those that are water-filled and where water is also present in the soil and rocks covering them.

A water-saturated mixture of sand, silt or clay can behave rather like quicksand, and becomes very mobile and capable of flowing into the the underlying cave system.

It was this sort of water-saturated material that Mr Bush was unfortunate enough to fall into.

The simple process of gradual dissolution can eventually form a sinkhole, but heavy rain or surface flooding, leaking drainage pipes, or burst irrigation mains can initiate the collapse of normally stable cavities, especially those in shallow rocks near the surface.

Even the act of emptying a swimming pool has been a documented cause of a sinkhole.

After several cold days, this additional draw can cause the water levels in the rock to drop considerably triggering sinkholes; one prolonged cold snap in Florida resulted in 80 sinkholes in a small area.

Much of Florida has a sinkhole problem and new developments such as the Summer Bay Resort are built around small lakes or ponds present in sinkholes.

As a result, it is not surprising that buildings are commonly affected.

While not as badly affected as Florida, the UK has its fair share of sinkholes and problems associated with them.

Sinkhole damage over chalk (a form of limestone) in Bromley caused the demolition of three houses and temporary closure of the main railway line.

In Ripon, the dissolution of gypsum causes abundant sinkholes and resulted in the spectacular collapse of four garages with damage to a nearby house.

A sinkhole may even have been Lewis Carroll’s inspiration for Alice in Wonderland.

Sinkholes over limestone are common, but mainly affect areas of open countryside.

Overall, the type of damage caused by sinkholes is very similar to that caused by the collapse of shallow mines, but a similar feature caused by mining is more commonly called a crown-hole.

The hazards associated with sinkholes can largely be mitigated by appropriate planning, ground investigation (with geophysics and boreholes), appropriate design and proper maintenance of infrastructure such as drains and services.

Humans might be the ones causing all the sinkholes