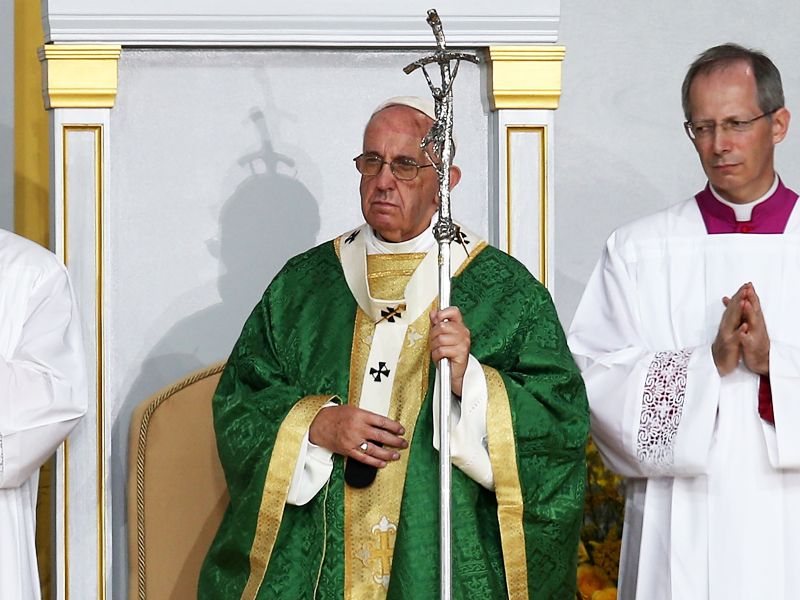 Pope Francis has said that sexual abuse of children perpetrated by Catholic clergy cannot be kept secret and must be punished.

Over the weekend, the Pope met victims and their relatives in the US city of Philadelphia, the site of many alleged cases of abuse in the 1980s.

• Medicare review ‘deeply alarming’: Labor
• Spain could lose a sixth of its population
• Gender card ‘not the right play’ for Peta Credlin

“For the sexual abuse of children, these cannot be maintained in secret, and I commit to a careful oversight to insure that youth are protected and all responsible will be held accountable,” he told a gathering of bishops after the private meeting.

“Those who have survived the abuse have become true heralds of mercy, probably we owe each of them our gratitude for their great value as they have had to suffer terrible abuse,” he said.

Pope Francis met three women and two men, with their relatives and educators, for 30 minutes at the San Carlo Borromeo seminary, the Vatican said in a statement on Sunday.

“Please know that the Holy Father hears you and believes you,” he told the survivors, according to the BBC.

An abuse victim advocate doubted the usefulness of the Pope’s comments.

“The truth is that the survivor community has been asking the Church to take several simple steps to protect children and hold perpetrators and enablers accountable for years, but the Church has refused to take these actions,” Foundation to Abolish Child Sex Abuse president John Salveson told the BBC.

“If Pope Francis wishes to take effective action to back up his words he could take these steps immediately.”

This meeting with victims was the only time the pontiff addressed the issue of abuse during his visit to the US.

On Monday morning (AEST), the Pope celebrated the final mass of his US tour with an enormous crowd in Philadelphia.