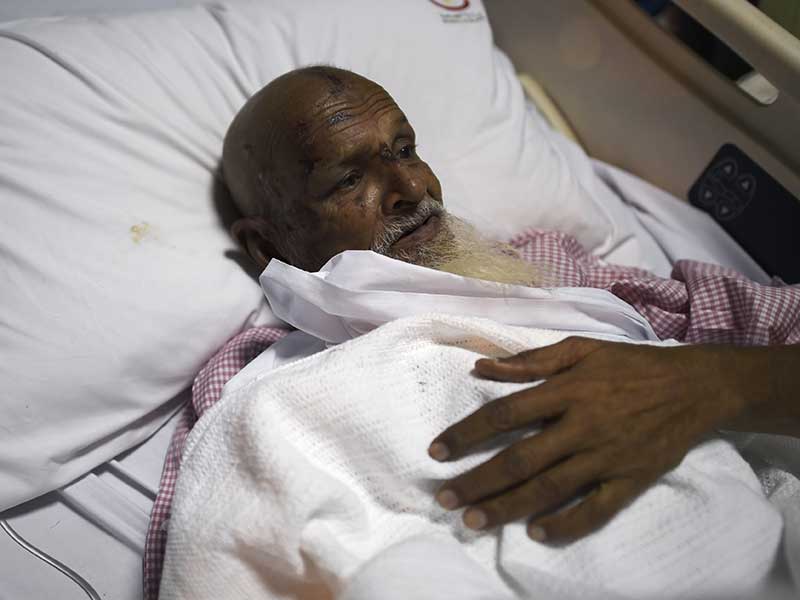 Saudi Arabia’s top religious leader says a stampede which killed 769 pilgrims was beyond human control on the final day of this year’s Hajj.

The country’s health minister Khalid al-Falih revised the death toll up on Saturday from 717 dead to 769, with 934 injured.

“Those are the ones who died in various hospitals since the event,” he said.

Only around 250 deaths in total have been officially confirmed by foreign officials.

The stampede was the worst disaster in a quarter-century to strike the annual event and drew fierce criticism of the Saudi authorities’ handling of safety, particularly from regional rival Iran.

“You are not responsible for what happened,” Sheikh Abdul Aziz al-Sheikh told Crown Prince Mohammed bin Nayef in a meeting in Mina, the official Saudi Press Agency (SPA) reported.

Saudi authorities have yet to provide an official breakdown, but several foreign countries and their media have announced the deaths of nationals.

“As for the things that humans cannot control, you are not blamed for them. Fate and destiny are inevitable.”

Prince Mohammed chairs the Saudi Hajj committee and has ordered an investigation into Friday’s stampede during a symbolic stoning of the devil ritual by hundreds of thousands of pilgrims at Jamarat Bridge in Mina, just outside the holy city of Mecca.

King Salman, whose official title is “Custodian of the Two Holy Mosques” in Mecca and Medina, also ordered “a revision” of how the Hajj is organised.

On Saturday, groups of pilgrims were moving from early morning towards Jamarat Bridge for the last of three stoning days.

The interior ministry has said it assigned 100,000 police to secure the Hajj and manage crowds.

But pilgrims blamed the stampede on police road closures and poor management of the flow of hundreds of thousands of pilgrims in searing temperatures.

Abdullah al-Sheikh, chairman of the Shura Council, an appointed body which advises the government, stressed that pilgrims must stick to “the rules and regulations taken by the security personnel”.

“In doing so they protect their lives, their security and facilitate their performing of the rituals,” he said.