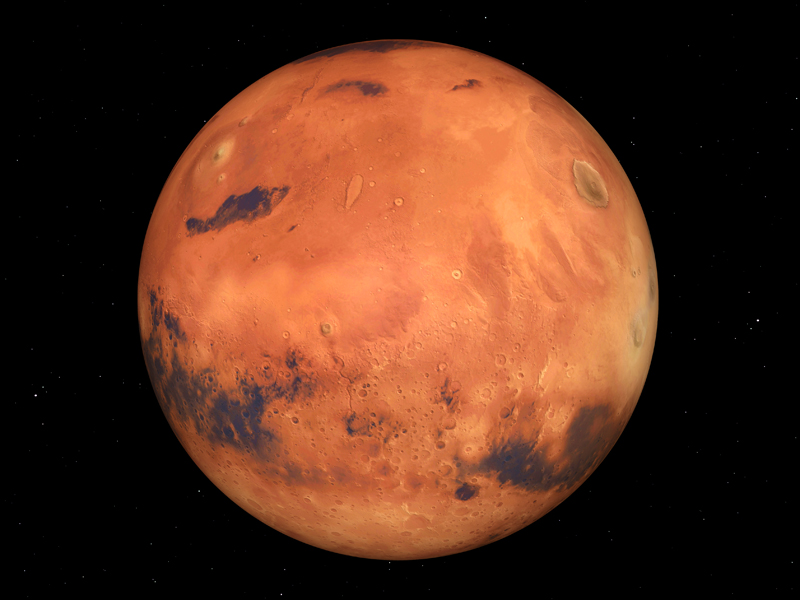 NASA is set to reveal major news about Mars.

It claims a mystery about the Red Planet has been solved.

CNN reports that the space agency is scheduled to announce a “major science finding” tomorrow.

A special news conference is slated for 11:30 a.m. ET, and will be broadcast live on NASA Television as well as its website.

NASA on Thursday announced on social media that it would reveal news of a Mars discovery, sending space fans into a speculation frenzy.

People bombarded the agency with an array of questions on Twitter, hoping that NASA discovered some kind of life on the Red Planet.

A few joked that the space agency finally located Mark Watney, a fictional astronaut stranded on Mars played by Matt Damon in the upcoming space adventure movie The Martian.

As much as everyone is hoping for aliens, it’s probably not aliens. However, the space agency has said in the past that Mars did have conditions once suitable for life and more exploration could provide clues into whether life remains somewhere on the cold planet.

NASA has plans to send humans to Mars by the 2030s and is currently developing capabilities to make long term space travel possible.

About 250 miles above land, American astronaut Scott Kelly and Russian cosmonaut Mikhail Kornienko are spending a year in space on the International Space Station. In the ‘One Year Mission’,  the pair is studying what effects long duration space exposure in zero gravity has on the human body.

NASA has been exploring the Red Planet since the 1960s with the help of robotics.

There have been more than 40 missions to Mars by the U.S., Russia, Japan, China and the European Space Agency.

During Monday’s conference, NASA will be answering questions from the public on Twitter using the hashtag #AskNASA.