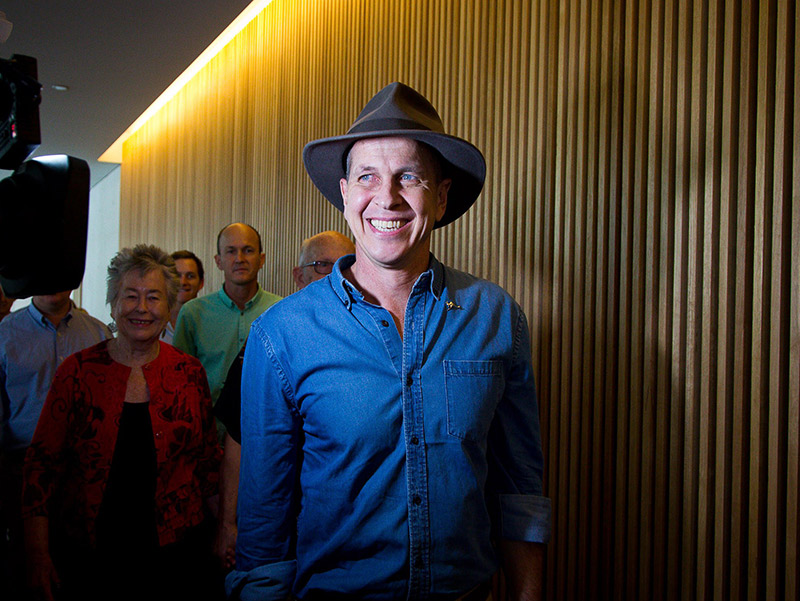 Ms Bishop was assured by her Egyptian counterpart Sameh Shoukry there was a “technical or legal hurdle” to pardoning Greste because he wasn’t in the country for the trial.

However, Greste’s name was not on that list and he remains a convicted criminal.

Standing with Greste after the meeting at the UN General Assembly hall, Ms Bishop told reporters in New York Mr Shoukry had made it clear Egypt would work around current laws to pardon him.

“Foreign Minister Shoukry informed me there was a technical or legal hurdle because he was not present in Egypt for the trial and that causes some technical problem,” she said.

“However, he made it clear they would either change the law or the president would consider being able to use his power as president to achieve the same result.”

“It is great to know, to get that kind of reassurance,” he told reporters.

He said he would do everything he could to clear his name.

Greste and his two colleagues, who were working for news broadcaster Al Jazeera English, were arrested in December 2013 on charges of aiding a terrorist group.

The Australian was convicted and sentenced to seven years behind bars but was deported in February this year and returned home.