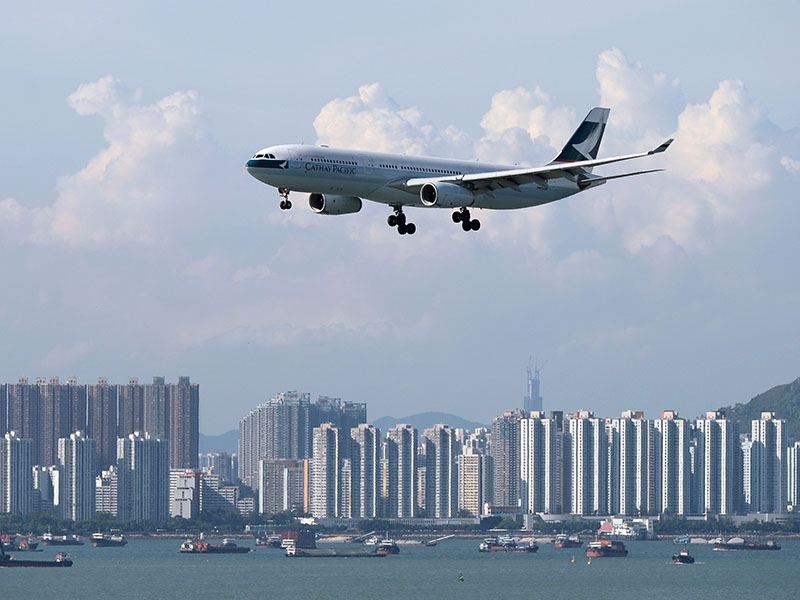 Frightened passengers have described the terrifying moment when one of the engines failed on their Cathay Pacific flight out of Perth.

Cries and screams filled the cabin after the lights went out and passenger Joel Sirna said there was a loud bang.

“Mid-flight, we heard a loud bang and the plane started to shake, all the lights went out,” he told Perth radio station 6PR on Friday.

Reports that sparks and flames were seen coming from the engine were denied by the airline.

Mr Sirna said people were woken by the mid-air drama, which unfolded not far from the Bali coast. Some passengers were highly distressed and others tried to calm them down.

“There were a few people that were pretty shaken,” he said.

“The girl next to me started freaking out and crying, so (we) just try and calm everyone down. That’s what we had to do.”

The pilot announced to passengers the power to one of the engines had been lost, and then all the power in the cabin went off.

“It was a scary sight,” Mr Sirna said.

“There were a few screams.

“As soon as we touched down and landed, there was just a big applause from all of us.”

Flight CX170 departed for Hong Kong just before midnight on Thursday but the Airbus A330 engine defect caused it to divert to Denpasar, where it was met by firefighters.

Mr Sirna said the passengers were then forced to wait onboard for about two hours while the decision was made about how to get them off.

Cathay Pacific said there was no fire on-board, and all 254 passengers and crew were safe and unharmed.

“The passengers are provided with hotel accommodation while we are addressing the issue,” the airline said.

Mr Sirna, who will continue on to New York as planned with the rest of his group of six, took to Facebook to describe his ordeal.

‘There was no fire’: Cathay

Despite the claims of passengers, a statement from the airline said there was no engine fire.

They say what passengers saw was a light indicating engine failure.

The incident comes just days after senior pilots questioned whether safety remained a priority for the airline.

In a letter, published in full by the South China Morning Post, the pilots expressed their “concern and alarm” over rostering practices and pilot experience levels.

In a statement from the airline released after the CX170 incident, the airline said “safety remains Cathay Pacific’s highest priority”.