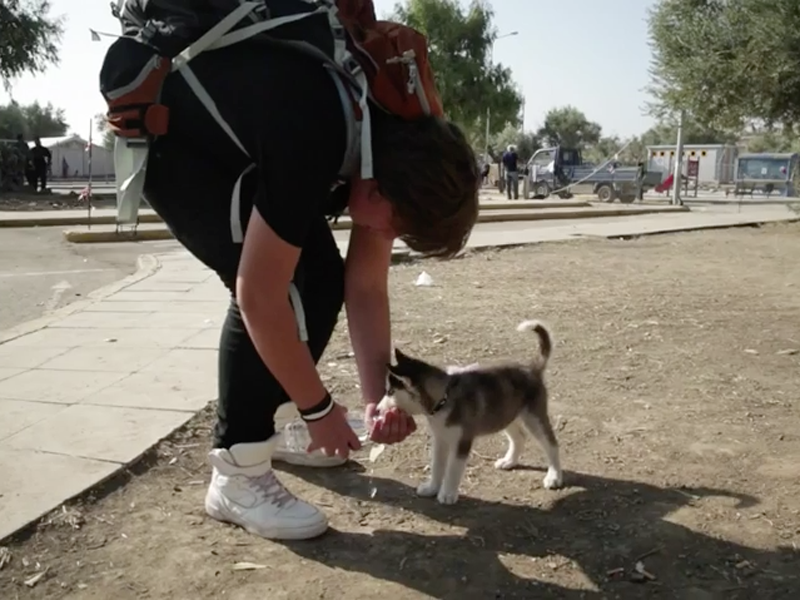 Pet owners should carry a poo bag with them on their walks. Photo: Getty

A Syrian teenager has walked almost 500km though treacherous conditions  – with his beloved puppy in tow.

Refugee Aslan, 17, has carried his dog Rose to the Greek island Lesbos, as he continued his journey with millions of other Syrian asylum seekers.

Tens of thousands of refugees are fleeing the bloody Syrian civil war and making their way across to Europe, seeking safety in other nations.

The Syrian teenager even made a passport for Rose as a form of identification.

“I love this dog. I need him,” Aslan said in a UNHCR video posted to YouTube.

According to The International Organisation for Migration (IOM), there are 12.2 million Syrians in need of humanitarian assistance inside the country.

Australian gearing up for refugee intake

Meanwhile, the Australian Immigration Department is doubling its staff numbers in the Middle East to enable the quick processing of 12,000 Syrian refugees who will be resettled in the country.

The ABC reported that while religious persecution may be seen as a reason for protection to be granted, specific religions were not being given greater priority over others.

“Priority will be given to those seen to have suffered the most,” he said.

Mr Moorhouse, who is in charge of coordinating Australia’s largest refugee intake in years, said immigration officials will work closely with the UN refugee agency to pinpoint the neediest families.

“All of the 12,000 refugees will have to be registered with the UNHCR,” he said, speaking from Dubai.

Mr Moorhouse said Syrian refugees who may have relatives in Australia and have already applied under the Special Humanitarian program will be also be considered as part of the intake.