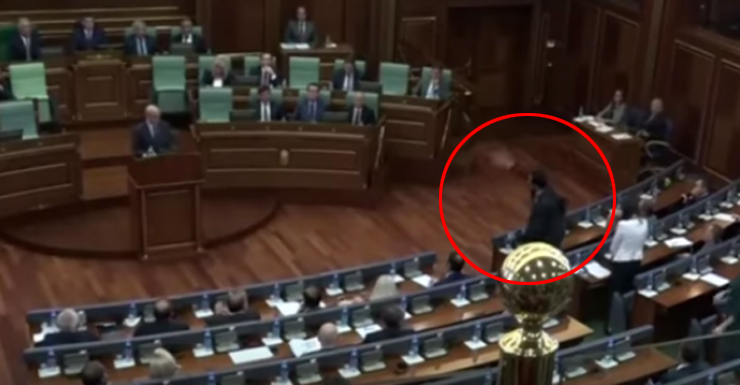 Politicians have pelted Kosovo’s prime minister with eggs live on television as he addressed the parliament, protesting a deal with former master Serbia which gives greater local powers to minority Serbs in the young Balkan country.

Mr Mustafa’s bodyguard rushed to shield him with an umbrella.

The opposition in majority-Albanian Kosovo, which declared independence from Serbia in 2008, is angry over a deal brokered by the European Union last month giving Kosovo’s small Serb minority more rights over municipal spending and education, and access to funding from Belgrade.

Before he was interrupted, Mr Mustafa defended the deal, saying the newly-created Association of Serb Municipalities would not have executive powers.

His opponents say the move threatens to deepen an ethnic divide in Kosovo and have announced protests.

Kosovo seceded from Serbia in 2008, almost a decade after NATO intervened with air strikes to drive out Serbian forces and halt the killing and expulsion of ethnic Albanian civilians during a two-year counter-insurgency war.

Serbia does not recognise Kosovo as sovereign, but relations have improved in recent years as both seek to draw closer to membership of the European Union.