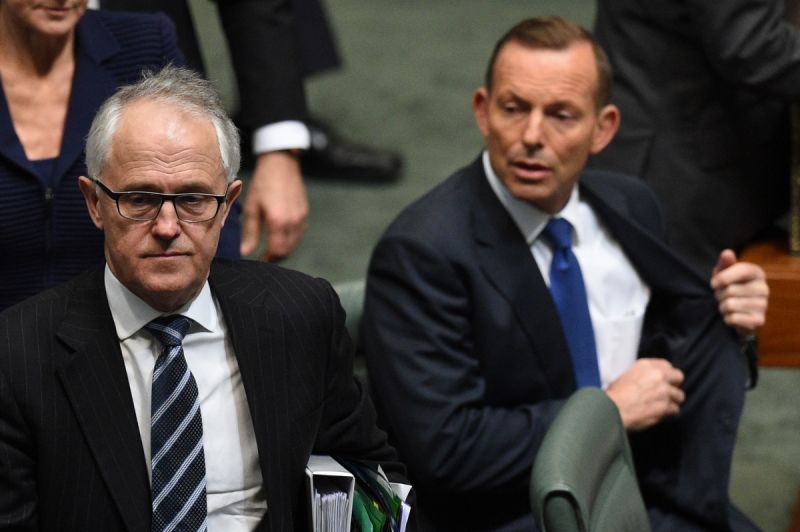 International media have reacted with confusion to the turmoil in Australian politics.

On Monday afternoon, Malcolm Turnbull announced he would contest the Liberal Party leadership – and just a few hours later he ousted Tony Abbott as Prime Minister.

It is the fourth time in five years that Australia has a new PM, but for the rest of the world it was not commonplace.

In the UK, Australia became known as the “coup capital of the democratic world” on Tuesday morning, while the US paid homage to a “bloodless coup” – with onions.

Wikipedia even joined the analysis, with a conspicuous line in a post about ‘Sport in Australia’ that named “the main national sport” in Australia as the “Leadership Spill”.

But for some overseas media, the former Australian PM appeared to be easily forgotten.

Presumably, they had successful English television screenwriter and producer Paul Abbott in mind. But for other UK outlets, the situation had deteriorated so much Australia had “its own unique language to describe the carnage”, according to BBC News.

This included repurposing of the word “spill” to refer to a party leadership vote and describing the ousting of a PM as “rolled”.

“Covering Australian politics feels more like conducting a triage of the wounded and slain.

The bloodletting has become so brutal that party rooms have come to resemble abattoirs,” New York correspondent Nick Bryant wrote.

“Were a movie to be made of Australian politics over the past decade it would have to be X-rated, and, as I have said before, be directed by Quentin Tarantino.”

Meanwhile in the US, Mr Abbott was described as exhibiting “feckless machismo, which often verged on eccentricity” by The New Yorker.

Similarly to The Washington Post, TNY rehashed some of the former PM’s more memorable gaffes including his vow to “shirtfront” Russian president Vladmir Putin and – of course – the baffling duology of videos that showed him chomping into a raw onion.

But some famous faces appeared to be unaware of the turmoil in Australian politics. ‘Coup capital’ and onions: the world reacts to Lib spill