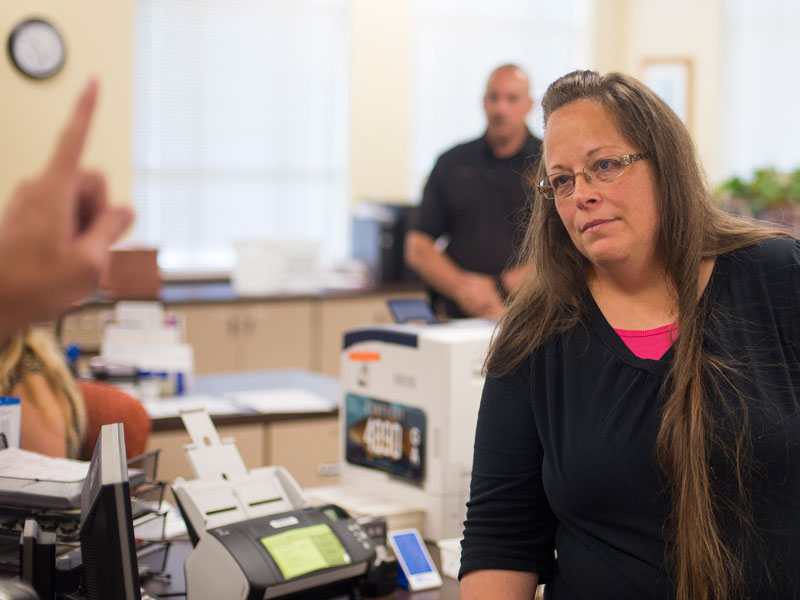 A US district judge has released Kentucky county clerk Kim Davis from jail after six days of incarceration for defying his orders to issue same-sex marriage licenses.

The judge, David Bunning, lifted his contempt of court order against Davis, 49, saying she “shall not interfere in any way, directly or indirectly, with the efforts of her deputy clerks to issue marriage licenses to all legally eligible couples”.

Mr Bunning, in his written order, said he was satisfied the county clerk’s office was fulfilling its obligation to issue marriage licenses to legally eligible couples.

As an Apostolic Christian, Davis says she believes a marriage can only be between a man and a woman.

She has refused to issue any marriage licenses since the US Supreme Court in June made same-sex marriages legal across the United States.

Upon her release on Tuesday morning (AEST), Ms Davis was greeted by supporters and Republican presidential candidates Mike Huckabee and Ted Cruz outside the Carter County Detention Centre in Grayson, Kentucky.

One sign held by a supporter read “Kim Davis for president”.