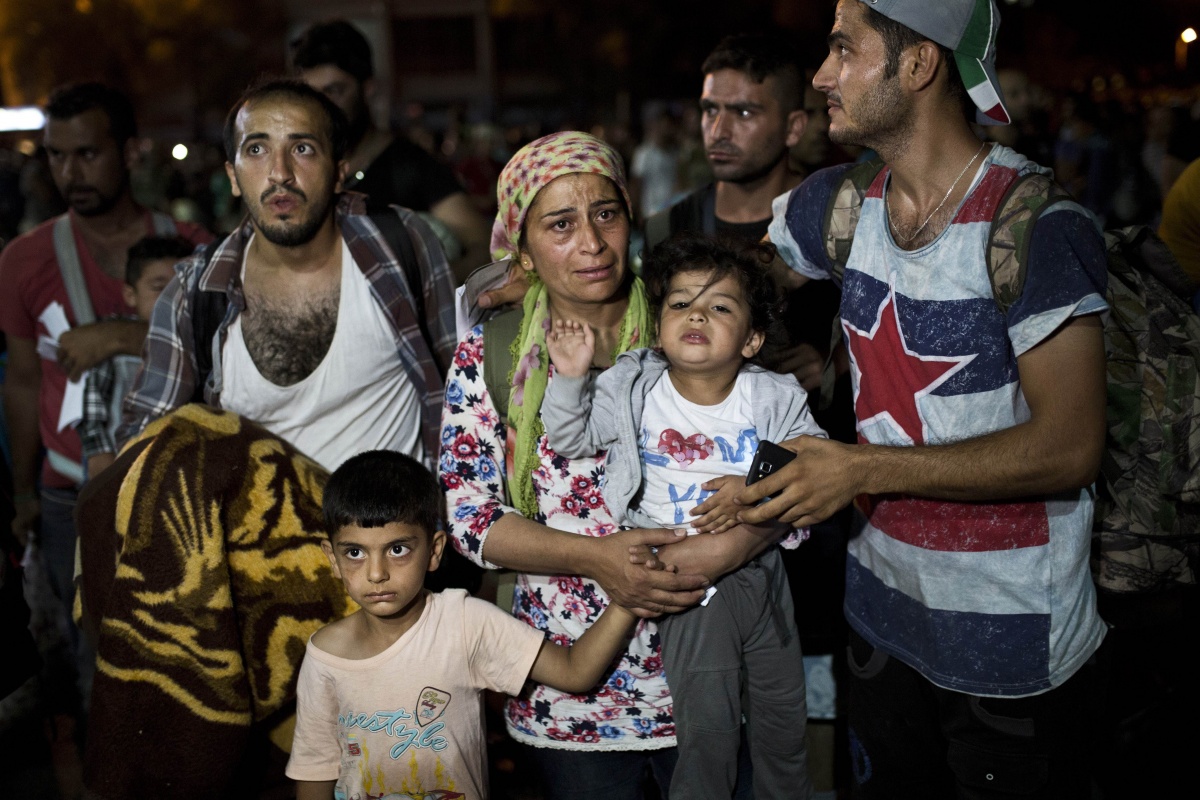 In his first EU State of the Union speech to the European Parliament, Mr Juncker urged Europe to look to its history and not be afraid of his proposals for compulsory quotas for refugees fleeing conflict in Syria and elsewhere.

“Now is not the time to take fright, it is time for bold, determined action for the European Union,” Mr Juncker said in a marathon 80-minute speech in Strasbourg.

Mr Juncker was referring to a new scheme for binding quotas for the emergency relocation of 120,000 people from Italy, Greece and Hungary, combined with a similar scheme for 40,000 refugees in Italy and Greece that he unveiled in May.

He warned EU member states against making religious distinctions when deciding to admit asylum seekers, and recalled Europe’s past of religious persecution.

“There is no religion, there is no belief, there is no philosophy when it comes to refugees,” the former Luxembourg prime minister said. “We don’t distinguish.”

He was heckled by Nigel Farage, leader of the anti-EU UK Independence Party, who said most of those arriving were economic migrants and the EU should emulate Australia’s “stop the boats” policy to halt a flow of “biblical proportions”.

The asylum seekers’ plight has touched hearts around the world, spurred especially by pictures last week of three-year-old Syrian Aylan Kurdi, whose lifeless body washed up on a Turkish beach.

German chancellor Angela Merkel – whose country expects 800,000 asylum claims this year and has said it could take half a million annually over several years – urged Europe to go further, claiming binding quotas were the only way to ensure a “fair” and proportionate sharing of the burden.

“We need a binding agreement on the binding distribution of refugees according to fair criteria between member states,” Ms Merkel told the German parliament.

“We cannot just fix a ceiling and say I don’t care about anything above that.”

France has already agreed to take that number, while Britain has said it would take 20,000 over five years, although they would come from refugee camps on the Syrian border and not other EU states.

Some 85 per cent of those coming to Europe are refugees because they have fled war in Syria, Iraq and Afghanistan, the agency says.

Mr Juncker said the refugee crisis was his top priority, before the economy, Greece’s debt woes, Ukraine, climate change and a looming vote on Britain’s membership of the bloc.

He confirmed plans for a common EU list of “safe countries of origins” whose citizens would be subject to fast-track deportations if they breached EU immigration laws.

Mr Juncker also urged EU member states to allow refugees to work  from day one while their asylum applications are processed.