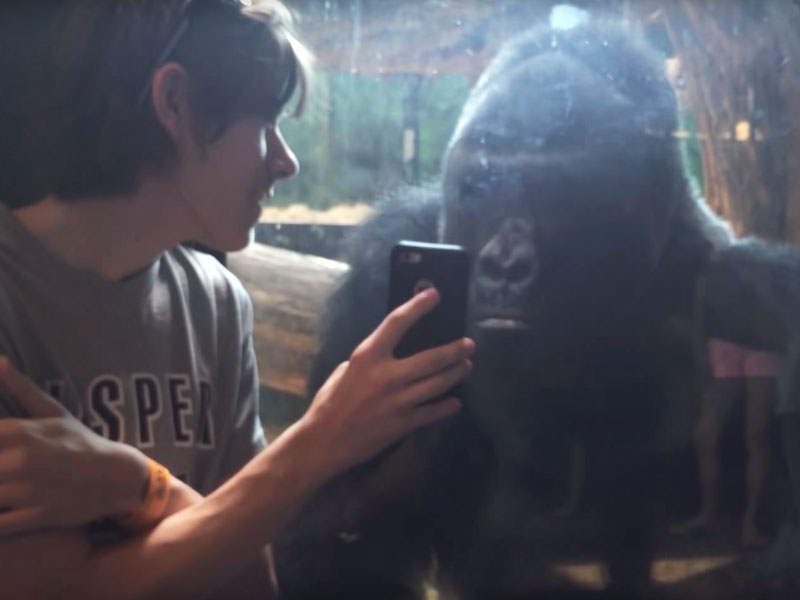 A man at a US zoo has proved gorillas aren’t that different from human beings.

The YouTube clip showed a visitor to the Louisville Zoo in Kentucky swiping through photos of apes on his smartphone, as a gorilla named Jelani watched on.

The ape seemed to be enthralled by the show, and even appeared to gesture to scroll through the photos.

Later in the clip, the pair rested on opposite sides of the glass and continued to share the images.

“I stumbled upon the boy sharing pictures with Jelani touring the zoo with my one-year-old daughter,” the video maker said, according to Daily Mail.

“The boy was scrolling through gorilla pictures, and Jelani would motion with his hand to move to the next photo. Both seemed to really enjoy sharing the experience.”

See the video below.