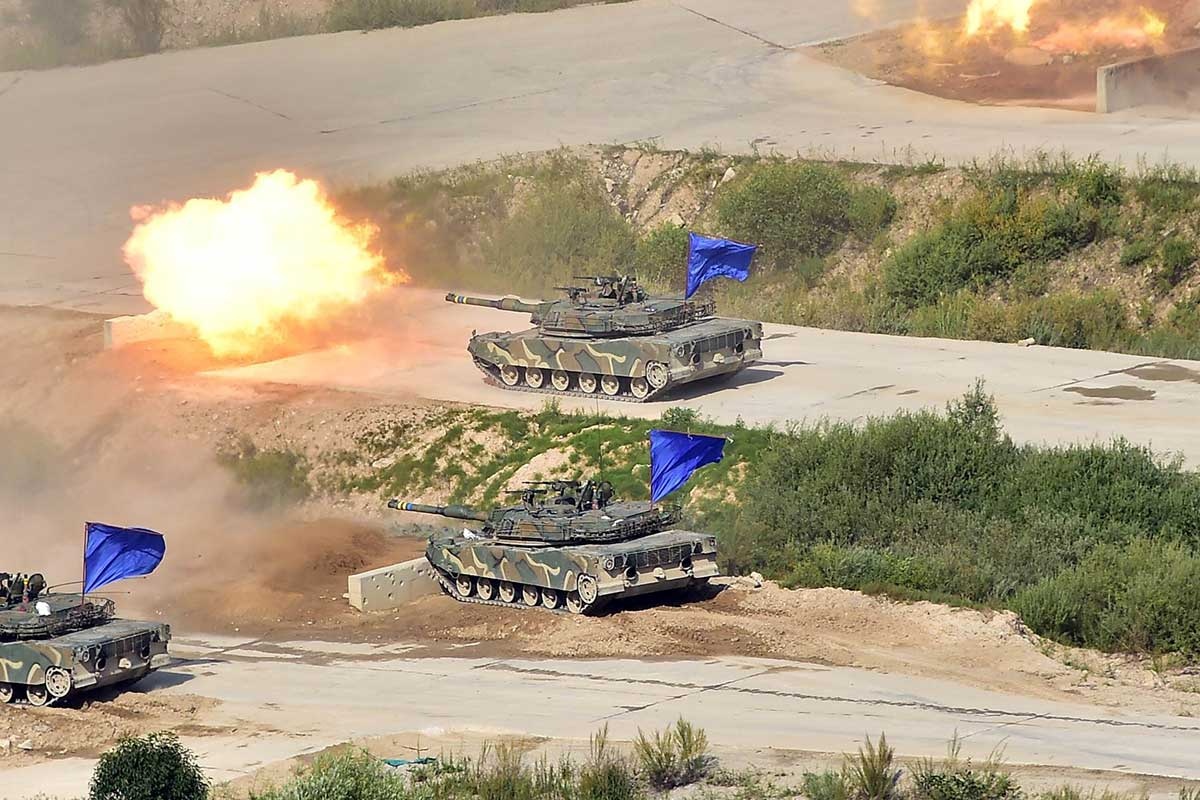 South Korean and US troops have staged their biggest-ever joint live-fire drill, including a simulated mechanised assault deep into North Korean territory.

Conducted in several stages, it envisaged an initial North Korean provocation, followed by an escalating clash, and culminated in a counter-attack across the border.

The drill was held near the border town of Pocheon, about 20 kilometres south of the demilitarised zone (DMZ), which splits the Korean peninsula between North and South.

“In terms of ammunition and personnel mobilised, this is the biggest live-fire exercise South Korean troops have ever staged independently or jointly with US troops,” a defence ministry spokesman told AFP.

It involved some 3000 US and South Korean soldiers, about 100 tanks and armoured vehicles, 120 heavy guns, 45 helicopters and more than 40 jet fighters.

It followed a recent surge in cross-border military tensions that had pushed both Koreas to the brink of an armed conflict, before a negotiated deal to de-escalate was reached on Tuesday.

The drill opened with a simulated North Korean attack on a South Korean guard post.

The defence ministry’s original scenario had role-played an attack on South Korean loudspeakers blasting propaganda messages across the border, but it was revised after Tuesday’s agreement saw the South switch the speakers off.

The second stage of the exercise played out a North Korean raid across the heavily fortified border.

The final element was a counter-attack and simulated advance by South Korean and US mechanised units deep into North Korean territory to destroy missile facilities, command posts and other key facilities near Pyongyang.

The drill was played out in front of 2000 guests including President Park Geun-Hye and senior US and South Korean military officials.

There are close to 30,000 US troops permanently stationed in South Korea.