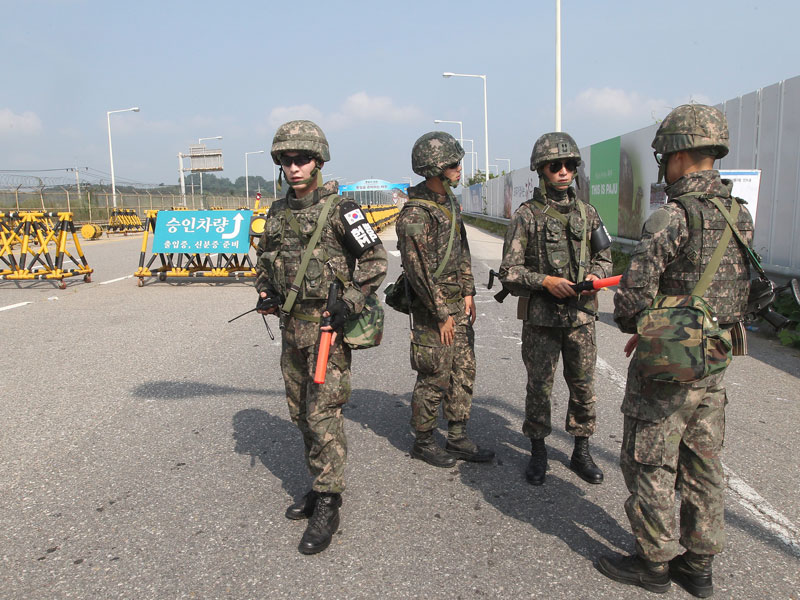 Approximately 70 per cent of North Korea’s submarine fleet are not in their usual positions, according to South Korea’s Defense Ministry.

This equates to about 50 submarines and is “10 times more than their normal deployment level”, according to South Korean TV.

The news comes as envoys from Seoul and Pyongyang met in the Panmunjom truce village, inside the demilitarised zone on the border between the two Korean Peninsula states.

North Korea declared a “quasi-state of war” this week, calling on Seoul to switch off banks of loudspeakers blasting propaganda messages on the border between the two countries.

But the South said Pyongyang must first apologise for a blast that maimed members of a border patrol earlier this month.

Inter-Korean relations have been strained since a truce in the 1950s following the Korean War.

According to Seoul, the submarine movement shows the North is working to a “dual tactic” of “war and peace strategies”, NBC News has reported.

“We are detecting unusual movement from North Korean submarines, in that they have left their bases and also North Korea has doubled artillery power along the border,” a South Korean Defense Ministry official said.

“This clearly shows North Korea’s dual tactic of both peace and war strategies towards Seoul.

“We continue to maintain the highest level of military alertness and are paying close attention to North Korea’s military movements.”