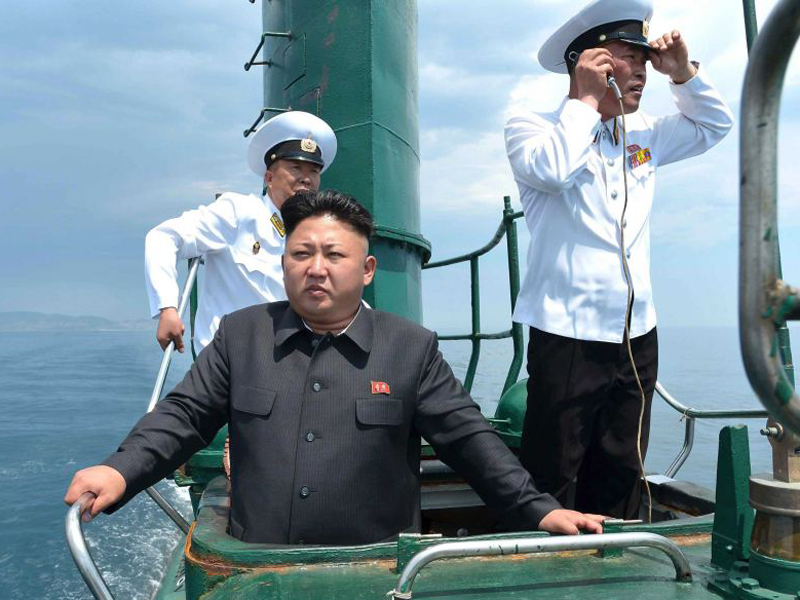 North Korea and the US have been bitter rivals in recent years. Photo: AAP

North and South Korea have opened top-level talks, seeking a way out of an escalating crisis that has pushed their militaries to the brink of conflict.

The talks in the border truce village of Panmunjom began on Saturday shortly after the expiration of a North Korean deadline for Seoul to halt loudspeaker propaganda broadcasts across the border or face military action.

Despite scepticism that Pyongyang would follow through on its threat, the ultimatum raised border tensions to their highest level for years, with the North repositioning artillery units and South Korean and US fighter jets flying simulated bombing runs.

The dialogue in Panmunjom, where the Korean War ceasefire was signed, offers a chance for the two sides to step back, although analysts said finding a workable compromise will be difficult.

Seoul has refused to turn off the loudspeaker broadcasts until Pyongyang apologises for mine blasts this month that maimed two South Korean soldiers on border patrol.

North Korea denies any responsibility for the blasts and has accused the South of fabricating evidence of its involvement.

“It’s not easy to see a simple way out where neither side loses face,” said Dan Pinkston, Korea expert at the International Crisis Group in Seoul.

“It’ll be interesting to see if the North can bring something to the table – possibly a resumption of North-South family reunions – that will allow the South to turn the loudspeakers off,” Pinkston said.

According to South Korea’s presidential Blue House, the request for talks came from the North, despite its aggressive rhetoric and military posturing of recent days.

On the orders of Kim Jong-un, the North Korean People’s Army has been in a “fully armed, wartime state” since Friday, while the foreign ministry in Pyongyang warned on Saturday the situation had “reached the brink of war” and was “hardly controllable”.

For the moment, there has been little sense of panic among ordinary South Koreans who have become largely inured over the years to the North’s regular – and regularly unrealised – threats of imminent war.

But the military has been on maximum alert, and US and South Korean jets flew simulated bombing sorties about midday on Saturday in a clear show of defiance and force.

Thousands of South Korean civilians living on frontline border islands or near military propaganda units were evacuated from their homes to underground shelters as a preventive measure.

Kim Jong-un’s order to move to a war footing came after an exchange of artillery fire on Thursday that claimed no casualties but triggered a dangerous spike in cross-border tensions.