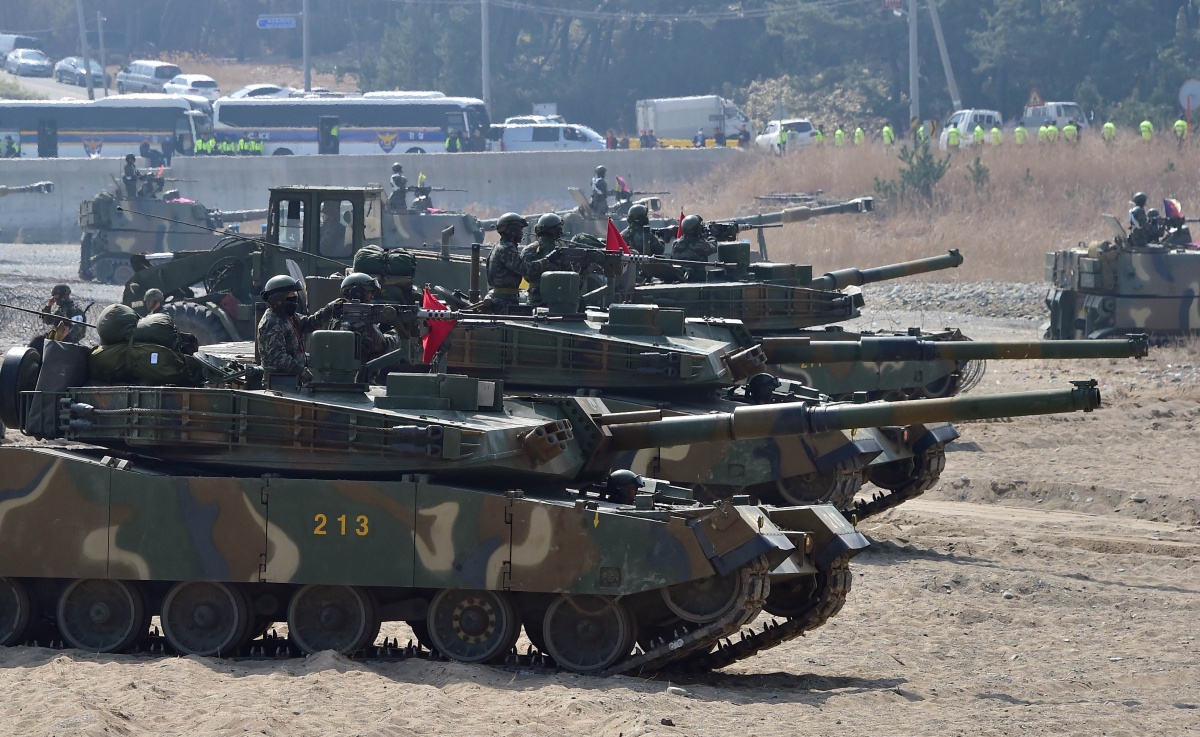 South Korean artillery units have fired dozens of shells into North Korea on Thursday in response to a rocket fired over the heavily-militarised frontier.

North Korea followed up with an ultimatum sent via military hotline that gave the South 48 hours to dismantle loudspeakers blasting propaganda messages across the border or face further military action.

The message, issued by the Korean People’s Army general staff, stipulated that the 48-hour period would expire at 5pm local time on Saturday.

Direct exchanges of fire across the inter-Korean land border are extremely rare, mainly, analysts say, because both sides recognise the risk for a sudden and potentially disastrous escalation between two countries that technically remain at war.

Thursday’s incident came amid heightened tensions after mine blasts that maimed two members of a South Korean border patrol earlier this month and the launch this week of a major South Korea-US military exercise that infuriated Pyongyang.

A defence ministry spokesman said South Korea had detected a rocket fired from the North Korean side across a western section of the border shortly before 4pm (5pm AEST).

The South’s Yonhap news agency said the rocket landed in a mountainous area not far from a South Korean military base in Yeoncheon county – some 60 kilometres north of Seoul.

There were no casualties or damage.

“We have strengthened our military readiness and are closely watching movements of the North’s military,” it added.

The spokesman said South Korean troops had been placed on highest-level alert, while President Park Geun-Hye chaired an emergency meeting of her National Security Council and ordered a “stern response” to any further provocations.

A local government official in Yeoncheon county told AFP that residents of several border villages had been ordered to evacuate their homes for nearby shelters.

Dan Pinkston, Korea expert at the International Crisis Group in Seoul, said the motive for the initial North Korean rocket firing was unclear.

“It could always have been an error, but more likely it was the show of displeasure that the North has been threatening for a while now,” Pinkston said.