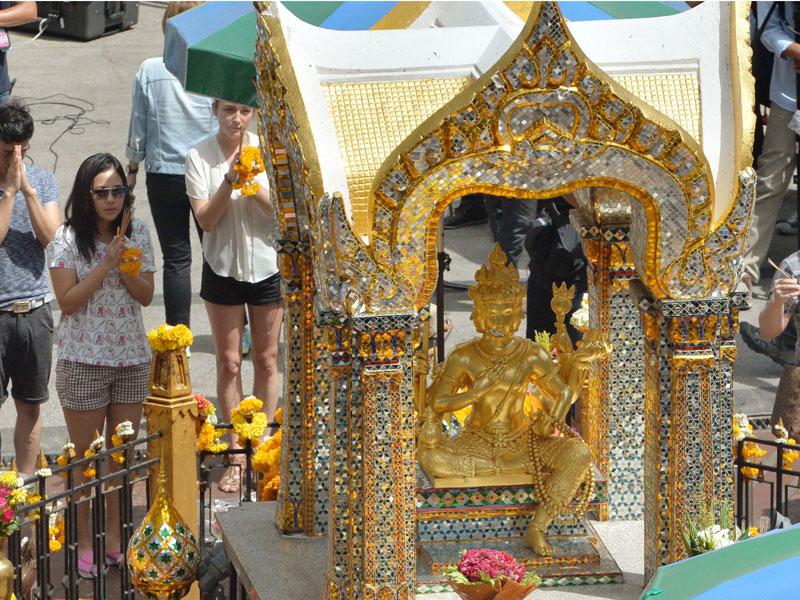 At least 10 people are suspected of involvement in the bomb attack in Bangkok this week that killed at least 20 people, more than half of them foreigners, Thailand’s police chief said.

He also said the attack was planned at least one month in advance.

“It is a big network. There was preparation using many people,” police chief Somyot Poompanmuang said.

“This includes those who looked out on the streets, prepared the bomb and those at the site and … those who knew the escape route.

“There must have been at least 10 people involved.”

The attack was “unlikely” to be the work of international terrorists and was not specifically targeted at Chinese tourists, according to Thailand’s ruling junta, known as the National Council for Peace and Order.

“Security agencies have cooperated with agencies from allied countries and have come to the preliminary conclusion that the incident is unlikely to be linked to international terrorism,” junta spokesman Colonel Winthai Suvaree said.

The site of the blast, the Erawan shrine, is popular with Chinese tourists.

Authorities said they would seek Interpol help in hunting a foreign man believed to be involved in the bombing.

“We have to use them … if any country has information on the suspect, they can send it to us,” Thailand’s Interpol unit chief, Major General Apichart Suriboonya, said.

The Interpol ‘Blue Notice’ asks its global membership to collect additional information on a suspect.

Police said they were still unsure of the man’s whereabouts.

“We are doing our best,” police spokesman Prawut Thavornsiri said.

When asked if the prime suspect was still in the kingdom, Mr Prawut said: “I don’t know.”

Police earlier released a sketch of the foreign man which showed a fair-skinned youth with thick, medium-length black hair, a wispy beard and black glasses.

“He had white skin and must have been a European or have mixed blood, perhaps with Middle Eastern blood,” Mr Prawut said, without giving a reason for his assumptions other than the colour of the man’s skin.

The sketch was based on footage that showed a man dressed in a yellow T-shirt dumping a backpack inside the shrine compound and walking away through a crowd of tourists about 20 minutes before the explosion.

Mr Prawut said the prime suspect was overheard speaking a foreign language other than English, although he did not elaborate on how police knew this.

“We have received a lot of information from the public since releasing the sketch … we are investigating those leads,” he said.