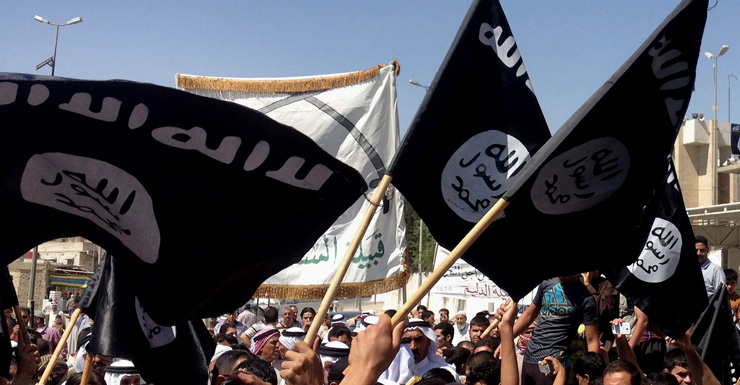 Federal Justice Minister Michael Keenan has confirmed that the personal details of eight Australians, including a politician and soldiers, were revealed publicly by Islamic State terrorist hackers.

Australian Defence Force employees and a Victorian MP were on the list, which Islamic State claimed to have obtained by hacking US government and military computers.

• Huge explosion rocks Chinese port city
• Islamic Stae ‘beheads Croatian hostage’ in Egypt
• ‘It sickens me and it should sicken you, Mr Abbott’

Prime minister Tony Abbott said he needed more information about the breach before he could comment further, however he did re-enforce his “death cult” warnings.

“This death cult is currently in control of a vast swathe of territory … do not underestimate what these people can do,” Mr Abbott said.

“It is important that, as quickly as we can, this death cult is disrupted, degrading and destroyed.”

The Australian Federal Police said it was aware of the claims by the so-called ‘Islamic State Hacking Division’, but would not confirm any further information.

“As a matter of longstanding practice the Australian government does not comment on specific security or intelligence matters,” an AFP spokesperson said.

The unnamed Victorian MP and ADF employees have been made aware of the hack, according to reports.

“I’m completely at a loss,” the Victorian MP told Fairfax Media. “What do I do? The police probably know less than you and I.”

Mr Prakash first posted the link to the information on his Twitter account early on Wednesday morning.

He urged his 1,125 Twitter followers to share the information, announcing that the “cyber war got em shook!”.

“We are extracting confidential data and passing on your personal information to the soldiers of the khilafah, who soon with the permission of Allah will strike at your necks in your own lands.”