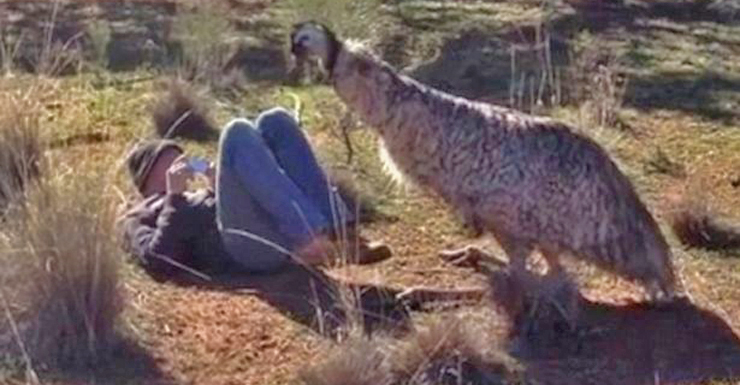 A US tourist made the foolish decision to lie down in front of Australia’s mightiest bird.

The result — the dreaded Emu prance of death. (Or something like that).

The American’s friend interprets the bird’s strange circling, crouching and pecking behaviour as a romantic advance.

“He’s taken a fancy to you,” Australian Joe Hughes jokes in video footage of the incident.

Or perhaps the bird was just confused as to why this human was lying in the dirt. His dirt.

Jeff seems desperate. Joe just laughs, although he eventually does help shoo it away.

Today’s lesson: don’t dance with the devil bird. You might get pecked.

Emu chomps on US tourist, who cowers in fear