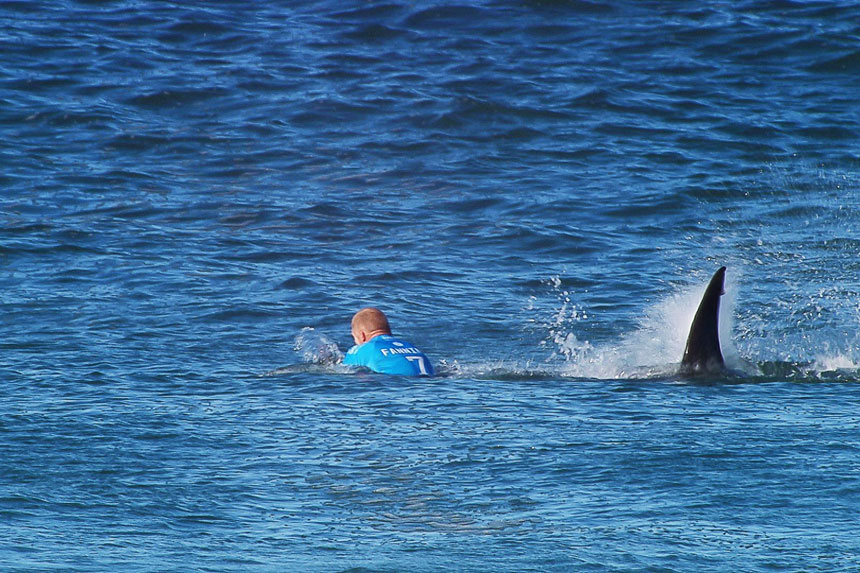 Mick Fanning has paid tribute to fellow surfer Julian Wilson who rushed to his aid on Monday when a shark knocked him off his board during the final of the J-Bay Open.

Three-time world champion Fanning was contesting the final of the surf comp when the shark turned up. Watch the terrifying incident here.

An emotional Fanning thanked Wilson for his efforts, posting a picture on Instagram of the friends sharing a hug shortly after the ordeal.

“So thankful to have this hug with @julian_wilson this man came to my aid like a warrior!!” wrote Fanning.

“It was by far the scariest thing I have been through and am still rattled.”

“In our sport we always think about sharks and know we are in the their domain.” The surfing world took to social media yesterday to congratulate both Wilson for his heroics and Fanning for his lucky break.

Fanning’s Mother described her terror as she watched her son grapple with the shark.

“I was absolutely terrified. I went over to the television almost as though I could pull him out … to save him,” she said.

“I couldn’t believe what I was seeing. I thought we’d lost him.”

Fanning is on his way home to the Gold Coast and will appear at a press conference in Sydney later on Tuesday.

Let’s go home. Thank you everyone for the kind & thoughtful messages. Cheers to @Mick_Fanning for still being with us pic.twitter.com/CBm3EiZFoQ