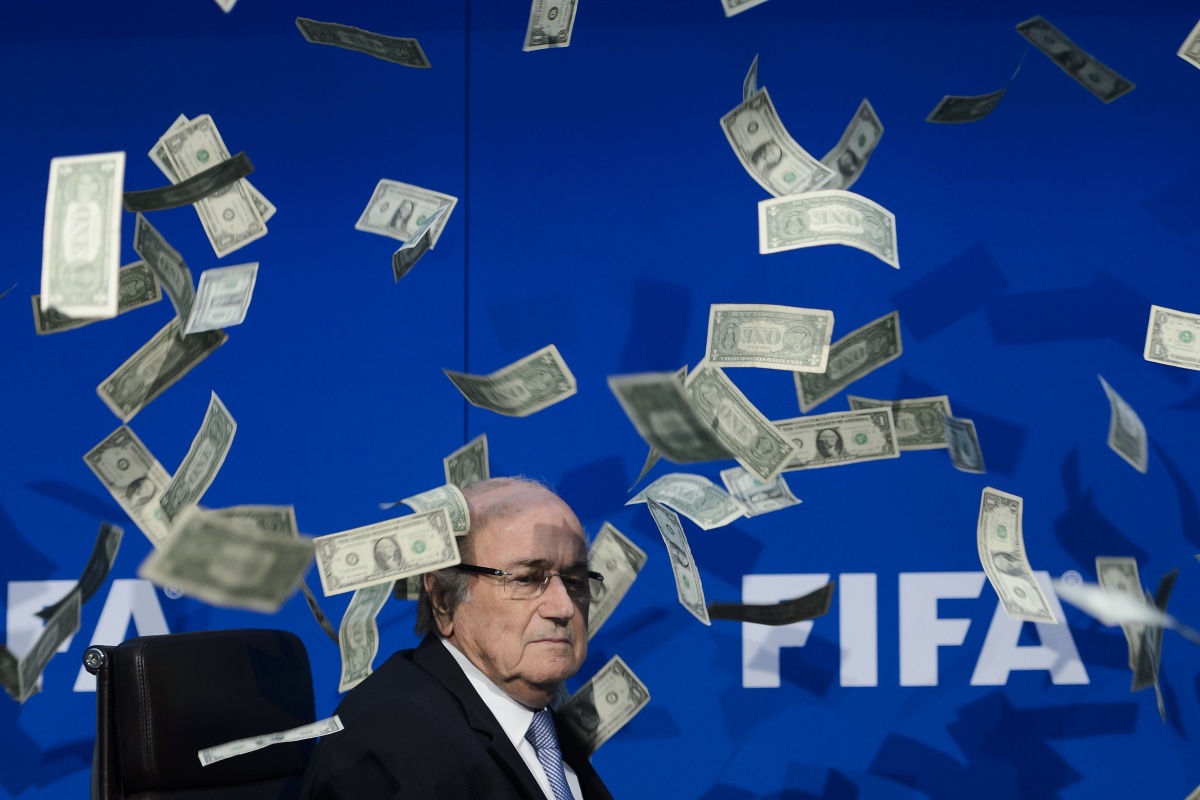 A furious FIFA president Sepp Blatter has been trolled by a serial prankster trying to “buy” the 2026 World Cup for North Korea.

After showering cash over the embattled president, Nelson said: “Cheers Sepp, it’s all there.”

Mr Nelson was taken away by security.

Blatter left the room to compose himself after the stunt, and he returned to deliver one of the most bizarre, belated comebacks you’re ever likely to hear.

“I just called my late mother,” Blatter said. “And she said ‘Don’t worry, it’s just a lack of education.'”

It’s not the first time he’s claimed to have spoken to his deceased mother.

He said he “connected” with her in May when the FIFA corruption scandal was at its peak.

The outgoing president was announcing planned reforms for FIFA and its next presidential election date.

“This has nothing to do with football,” Blatter said after the stunt.