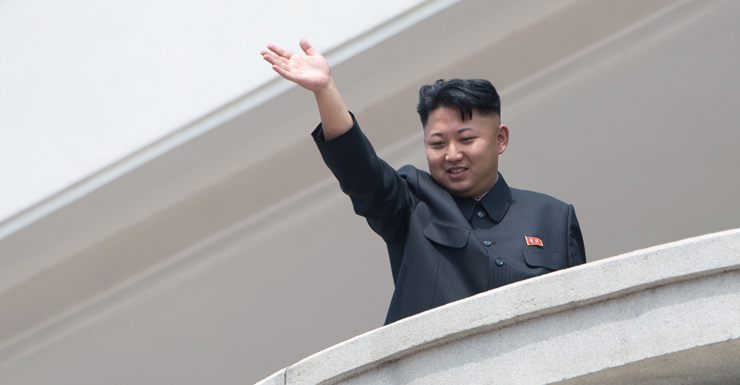 CNN reports voters weren’t asked to make a choice. Instead they simply put ballot papers into the boxes unmarked. This signified their support for the pre-approved officials.

“All participants took part in the elections with extraordinary enthusiasm to cement the revolutionary power through the elections of deputies to the local people’s assemblies,” Pyongyang’s official Korean Central News Agency said on Sunday.

A defector, Kim Kwang-jin said the most important job for North Koreans is to show up for the vote.

Voting is compulsory for anyone over 17 and failing to show up to “support the government” is likened to treason.

“It is regarded as political offence, so it is taken more seriously than economic crimes,” Kim said.

“It means that, politically, someone is against the regime.”

That’s why state media reports a near 100 per cent participation. The defector also says because everyone shows up, the vote is used as an unofficial census.

In 2011, 28,116 representatives were elected as deputies to local assemblies with not a single vote of opposition to the candidates.

Only those who were out of the country were unable to vote, KCNA said, with the elderly and ill casting their votes into “mobile ballot boxes”.

Typically, 99 per cent of North Korean voters in the de facto single-party state take part in elections and 99 per cent of them cast “yes” votes for uncontested candidates.

The Kim dynasty have run the northern state of the Korean peninsula for over six decades. Last year, Kim Jong-un held elections for his rubber stamp parliament.

In four-year terms, the local assemblies meet once or twice every 12 months to decide on budgets and endorse leaders who’ve been appointed by the Workers’ Party.

His most high-profile purge to date has been that of his once powerful uncle Jang Song-thaek, who was condemned as “factionalist scum” following his execution in 2013.

Why does almost every single North Korean vote?