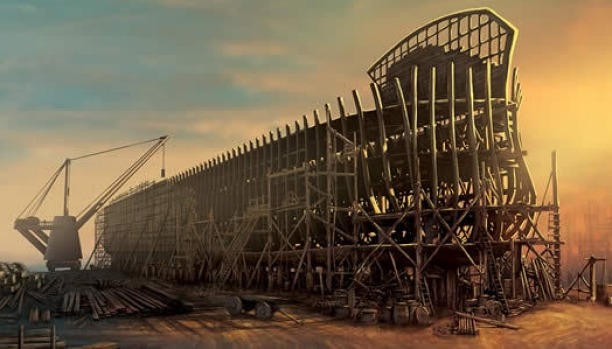 Got a few dollars to spare?

It’s a full-scale “rebuilding” of Noah’s Ark, the vessel that saved Noah and the world’s animals from certain death in the Book of Genesis.

“Few accounts in the Bible are as mocked and ridiculed today as the account of the global flood of Noah’s day. The Ark Encounter will be a massive attraction that will stand as a testament to the truth of God’s word,” the groups says on the Ark Encounter website.

They have raised $26 million of the $29 million required to build the ship, which they expect to attract over a million visitors a year.

The group, which believes that the world is 6000 years old, is taking the ark’s dimensions straight from the Book of Genesis itself, and absconding new building technologies for wooden pegs.

Once built, the ark will be filled with hundreds of fake animals from the time of Noah’s Ark, including the sabre-toothed tiger and the T-rex.

In a case of art imitating life, the group has written on its blog that the ark successfully withstood high winds and rain recently.

Once complete, the ark will serve as a tourist attraction, with an expected 900 staff manning the fort.