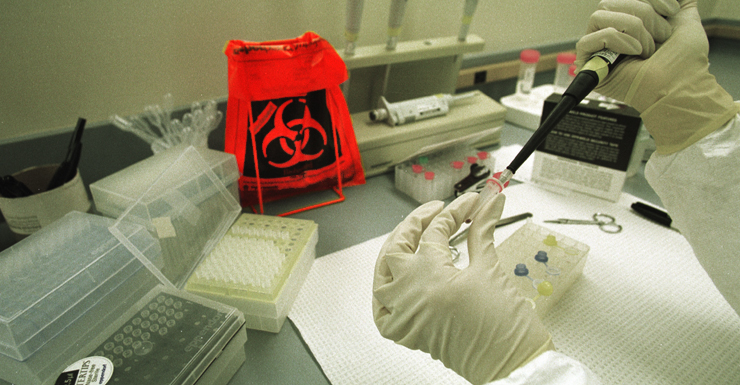 Australian residents of Kuwait will soon be forced to hand over their DNA to the government.

Following June’s deadly terrorist attack, the Middle Eastern nation has mandated that every citizen and resident provide a sample of their unique genetic code.

The Kuwaiti parliament adopted the new law on July 1, approving $400 million to fund the collection of samples from the country’s 1.2 million citizens and 2.9 million residents.

University of Canberra forensic expert Assistant Professor Dennis McNevin said the crime-solving benefits of the policy are unlikely to outweigh the concern that it infringes on human rights.

“When you factor in privacy concerns, there’s an argument that it’s not worth it,” he said.

“Some countries only collect the samples of convicted criminals.

“Since criminals tend to reoffend, there is a question about the utility of increasing the sample to outside the prison population.”

Those who refuse risk fines of $33,000 and those who provide fake samples could be jailed.

Although countries such as Australia, the US, UK, and Sweden already maintain databases of convicted criminals, this marks the first time a government has made it mandatory for every citizen, criminal or not.

The UK’s GeneWatch has expressed concern about the potential threat to individual privacy as governments’ DNA databases continue to grow.

In 2008, the European Court of Human Rights declared DNA-collection policies such as Kuwait’s illegal, as keeping a non-criminal’s DNA “could not be regarded as necessary in a democratic society”.

ISIL has claimed responsibility for the terrorist attack that killed 26, and prompted the swift action from Kuwait’s parliament.

The drastic measure may be the first of its kind, but there are many more examples of governments using technology to monitor citizens. We outline some other examples of Gattaca-esque surveillance techniques below.

Former US Air Force colonel Ross McNutt came up with the idea for his Persistent Surveillance system during the Iraq war, when unpredictable roadside bombs were killing scores of civilians.

The result was a fleet of man-powered planes fitted with powerful cameras, capable of taking ultra-high resolution pictures of a 25 square mile area below them. Whenever a bomb went off, McNutt and his team were able to go back to the image taken right before the bomb, and find out who had set it off, and then follow them after the detonation.

After the war, McNutt retired and brought the technology back with him. Since then, his planes have been contracted everywhere from Philadelphia, to Baghdad and Mexico’s one-time murder capital, Ciudad Juarez.

“Once we realise what we can do, we wonder whether we should,” a Radiolab podcast episode mused.

Israel cracks down on poo prints

Tired of cleaning up other people’s (or animals’) mess, Petah Kivah in Israel made DNA testing of dogs compulsory.

The result is a system which pinpoints poop perpetrators and their owners, automatically issuing them with a fine.

Other cities have trialled the system, including the London boroughs of Dagenham and Barking, which aim to roll out compulsory testing next year.

The NSA spies on … everyone

In 2013, government contractor Edward Snowden leaked the bombshell revelation that the US National Security Association had been collecting the information of millions of people’s phone and email communications.

The astonishing extent of the government’s surveillance technology was revealed when Snowden disclosed that, using the “XKeyscore” technology, he could “wiretap anyone, from you or your accountant, to a federal judge or even the president, if I had a personal email.”

It has been estimated that only a tiny percentage of Snowden’s leaked files have been published, and that the most shocking is yet to come.

This nation has made DNA testing mandatory