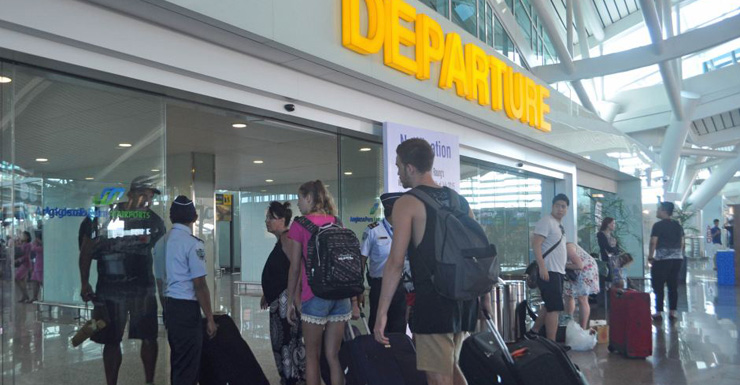 Virgin and Jetstar have begun flying previously stranded passengers out of Bali with the safety threat from the volcanic ash cloud from Mount Raung abating for now.

Hundreds of Australians will be flown home on Tuesday morning from Denpasar, after Jetstar and Virgin flights resumed.

A spokeswoman for Virgin said two flights were expected to land in Australia on Tuesday morning, carrying about 350 people, with extra flights allowing about 2,000 people to travel later in the day between the two countries.

“That might be two or three days, it may take longer depending on the weather conditions,” Mr Hall said.

Jetstar said it would work with Qantas, utilising its larger aircraft, with two 300-seat planes sent to Bali on Tuesday.

Mr Hall said the situation was being reviewed every few hours.

“It’s a day-by-day proposition but as soon as the skies are clear, we’re mobilising as much capacity as we can to get customers home,” he said.

Denpasar airport was initially closed on Friday along with nearby regional terminals.

It reopened on Saturday allowing some Australia-bound flights to get out but the ash cloud returned on Sunday, forcing the airport to shut down again.

It opened again late on Sunday.