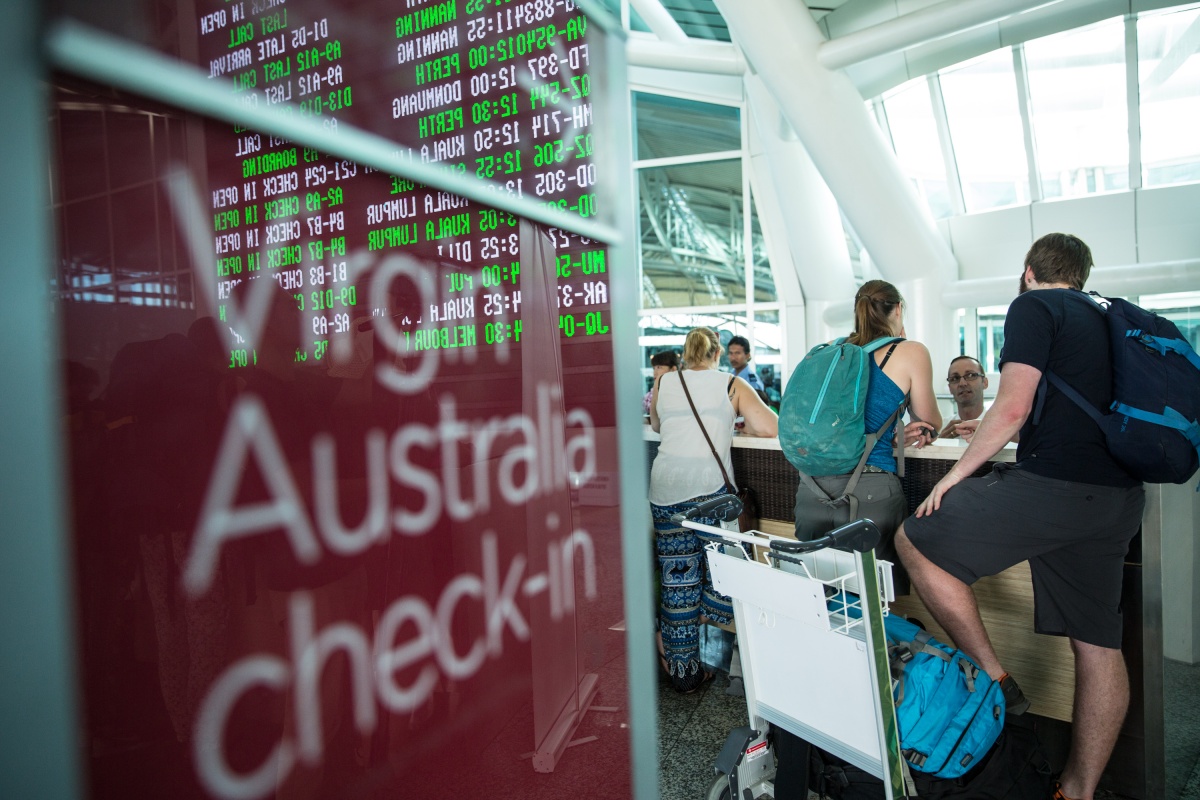 Jetstar assessed the risk posed by the volcanic ash cloud from Mt Raung earlier on Monday and deemed it safe to resume flights in daylight hours.

Six flights to Bali and six flights to Australia departed on Monday evening, with 19 services in total flying in and out of the island after flights were given the green light on Monday. More than 2000 travellers returned home to Australia on those flights.

Virgin Australia initially ruled out resuming services on Monday, however after sending two observation flights to Denpasar to get visual confirmation of improved conditions it made a call to fly on Monday evening.

A Virgin Australia spokeswoman told AAP that two scheduled Monday evening flights would be flying back to Australia, carrying 300 passengers.

If conditions remain suitable, flight operations will continue on Tuesday.

Both Virgin Australia and Jetstar said extra services were being planned for the coming days.

Virgin is offering guests who booked to travel to Denpasar the option of switching to one of a dozen alternative holiday destinations.

Denpasar airport was initially closed on Friday along with nearby regional terminals.

It reopened on Saturday allowing some Australia-bound flights to get out but the ash cloud returned on Sunday, forcing the airport to shut down again.

It opened again late on Sunday.

Jetstar passenger Donna Lemon spoke of her frustration after her trip back to her family to Alice Springs was cancelled on Sunday.

“We love Bali; we’ve had a nice holiday but we just want to go home,” she said on Monday.

“We’re missing home. We’re not going to go anywhere from the airport, we need to stay here and sit tight. We’ve been here since 5am this morning.”